Franchise Opinions highlights the latest opinions, news and trends in UK franchising. The authors, all experts in franchising, are happy to share their advice and views with you.

Prospective franchisees sometimes have the choice between buying an existing trading business from a franchisee, or starting a new business with the grant of a franchise from the Franchisor.

How can I identify a good franchise business from a bad one?

So how can you back a thoroughbred franchise investment rather than losing your money betting on a nag?

What are the top franchises in the UK? How do I know which is the best franchise?

Which franchise will make me rich!?

The first point that I would make here is that a franchise does not make you rich. You have to make yourself rich. The franchise model is merely a vehicle that may allow you to become rich if you have an aptitude for what you are doing and work hard at it.

Are there any disadvantages to franchising my business?

It would be rare, if not impossible to find a business structure that had no disadvantages, and franchising is no different. Both the franchisor and the franchisee need to not only understand, but fully adopt the ‘culture’ of a franchised operation. It is one of mutual trust and support.

The international franchisor’s guide to franchising in the UK

Pitfalls to look out for when entering into business contracts

What is a side letter?

Side letters are used by both Franchisors and Franchisees to clarify, supplement and vary franchise agreements. A recent High Court case has highlighted the importance of drafting these letters correctly to ensure their enforceability. Due to the reliance placed on side letters by both parties it is essential that they are correct and below we highlight the importance of the side letter and provide some tips on their preparation.

“My franchisees are behaving like children” cries the exasperated franchisor. “That’s normal” replies the consultant, “Here’s why...”

There are 4 stages in the growth of a franchisee: Childhood, Teenage, Maturity and Old age. A Franchisor has the delicate task of managing each stage to get the most out of their franchisee.

The British Franchise Association (bfa), was formed to act in the interests of the industry as a whole in assessing and accrediting franchising companies as those which meet its criteria for the structure of the franchise business, the terms of the contract between franchisor and franchisee, the testing of the system and its success as a franchise. 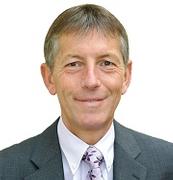 Nick Williams is an experienced national and international franchise development consultant who has worked in the UK franchise industry since 2000.

Richard Holden has over 30 years of experience working at Lloyds Bank and has spent the last 8 years heading up the bank’s franchise team. 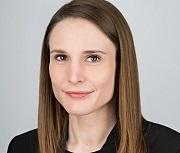 Victoria is an Associate Solicitor at Owen White Solicitors. She works on a broad range of matters including franchising and commercial contract disputes for franchisors and franchisees.

Following the successful sale of Franchise Finance Limited to Hitachi Capital and the completion of a 12 month work-out period, I’ve been appointed as Chairman to assist with the relaunch and growth of the Chantry Group, consisting of the three divisions: 1) Franchise Recruitment, 2) Franchise Marketing, and 3) Franchise Valuations and Resales (new).

Iain has been involved in matching individuals to opportunities for virtually all of his working life.  Iain focuses on ‘matchmaking’ – helping national and international franchisors find suitable partners, and helping individuals seeking a franchise, to find one that matches their professional and personal requirements. He works with The Franchising Centre supporting international brands seeking UK partners, and has a separate business, Mr Franchise Ltd, which supports individuals seeking a suitable franchise.

Farrah has unrivalled experience in international franchising and has been operating in this field since 1984. Initially working for major corporations, such as Burger King and Arcadia Group Plc, Farrah began advising businesses as a consultant in 1996. Farrah is now recognised as one of the leading authorities on international franchising and her expertise is sought by companies around the world.

Cathryn Hayes, Franchise Director at Revive! Auto Innovations, has over 20 years’ experience in franchising, formerly as Head of Franchising at HSBC and later as British Franchise Association (bfa) Head of Business Support. She has a high profile within the franchise industry, having been a judge for the prestigious bfa HSBC Franchisor and Franchisee of the Year Awards for many years. Cathryn contributes regular articles to the franchise press and other business media, as well as presenting at franchise exhibitions, bfa events and conferences, franchise and business events. She has achieved the bfa’s Qualified Franchise Professional status.

Matt O’Neill has more than 20 years’ experience in the world of franchising and has helped hundreds of people realize their dream of becoming business owners. Matt is currently the owner of Franchise Advisory Service, an independent franchise consultancy and Franchise Seminars, an online series of educational videos that give a step-by-step guide to franchising from the comfort of your home.

Rev PR is a specialist franchise PR agency Headed up by industry experts Sally Anne Butters and Lucy Maisey, the team at Rev PR focus on PR to boost the businesses of franchisors and franchisees alike.

Graeme is a partner in the Commercial Group of Bird & Bird, based in London. Graeme Payne is one of the leading advisers on franchising issues. He works closely with businesses to determine and develop the most commercially appropriate expansion models and routes to market.

Sarah Carlile is the Founding Director of Coconut Creatives, the franchise industry’s leading and award-winning provider of marketing services for franchise recruitment.