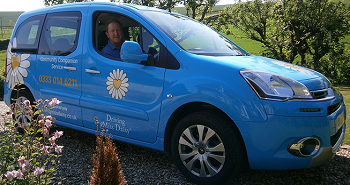 John Vears bought his Driving Miss Daisy franchise in 2017 after selling his own business in the energy industry. The opportunity to provide a caring and supportive service to clients who find getting out increasingly difficult was appealing to Jon, who wanted to give something back to the community. At the start, the challenge of people being unaware of the innovative concept that Driving Miss Daisy provides had to be overcome, but Jon has built his business and has plans for expansion! Learn more about Jon's journey with Driving Miss Daisy and how you can follow his story! 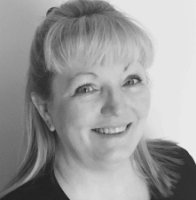 The West Midlands is one of nine official regions of England, covering 5,000 sq. miles and with a population of over 5.6m. It contains the second most populous British city, Birmingham, and the larger West Midlands conurbation, which includes the city of Wolverhampton and large towns of Dudley, Solihull, Walsall and West Bromwich, as well as the city of Coventry.

Franchising in the area is buoyant, generating an estimated 1.5 billion pounds through franchised businesses across the West Midlands region, with over 67% of franchise brands represented, second only to London and the South East.

Franchises with Head Offices based in the West Midlands showcase the range of types and sizes of businesses finding success through franchising. Van based businesses like Revive! UK, Chemex and Autosmart, cleaning service franchise Minster Services, children's services like Tumble Tots and Banana Moon Day Nursery, the Camping & Caravanning Club, One Stop Stores and many more.

According to research by the government backed Start Up Loans Company, six out of ten adults in the UK dream of starting their own business - looking for flexibility and better work life balance. So franchising, with proven business structures, lower failure rate and ongoing support, could be the ideal option. One of the keys to success in franchising is to ensure that you fully research your chosen franchise, making sure you are confident that you will get plenty of support and training for your money. Is the franchise one you can see yourself enjoying as although going into business with a good franchise reduces risk, it will still involve lots of hard work and commitment to make it a success.