Franchising, law and the north/south divide - is there much of a difference? 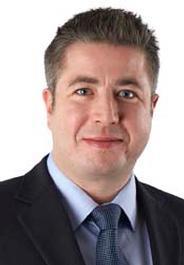 Franchising (or rather “business format franchising” as we know it) generally means the same thing in Scotland as it does in England. Neither jurisdiction has a body of “franchising law” as such.

Whilst commercial law is broadly the same north and south of the border, there are some important differences between Scots and English law that can lead to confusion, or complications, for both franchisors and franchisees.

Parties to franchise agreements can inadvertently contract on terms which are not fully understood, or which don’t reflect the parties’ intentions, owing to the differences between the Scottish and English legal systems, and the relevant terminology.

Take for example law relating to property: there are important differences between English and Scottish property law, and great care should be taken to ensure that contractual terms achieve the desired outcome.

Some differences relate largely to terminology, and don’t have any significant practical effect. For example the English notion of the “surrender” of a lease, broadly equates to a Scottish “renunciation”. However at a more fundamental level the statutory controls that govern aspects of the landlord and tenant relationships in England, do not exist at Scots law, and various other fundamental differences exist in relation to property law as a result of the historical separation of the two legal systems.

Another significant difference between the two legal systems relates to what might happen in the event of a dispute between a franchisee and franchisor. Generally an aggrieved party at Scots law has had an easier task asking the court to order the party in breach to perform its obligations under the agreement, rather than seek damages, when compared to an English counterpart.

Some other examples of peculiarities that do not reside on both sides of the border include the following:

These are just a few of the very many examples of the nuances between Scots and English law, which can often have significant contractual implications on the franchisee/ franchisor relationship.

To find out more about the legal services WJM provide or to ask Martin a question, click here