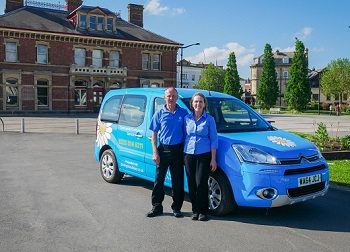 Mark Jones and Sarah Hunt were both keen to start their own business but not knowing what they wanted to do as well as wanting the back up of a strong and successful brand behind them, they decided to go down the franchise route. Wanting to give something back to their local community, Barnstaple, Mark and Sharon started to look at care franchises.  After much research, they decided on Driving Miss Daisy, a brand that is steadily and successfully growing across the UK.

Why franchise in the South West England

"The South West provides an excellent opportunity for anyone looking to start up a franchise. The South West rode out the recession with much less trouble than most UK regions and has remained a vibrant, busy and buoyant area. The implied annual turnover in the South West for franchising is 1.4billion; an increase in 17% over 5 years.

Post-recession, the South West has become a hub for new tech start-ups, so much so that the triangle between Bristol, Swindon and Gloucester has been referred to as 'Silicon Gorge'!

It's an exciting place to be and all this energy and entrepreneurism makes the South West a great place for opening up a franchise, there's a wealth of support for new businesses in the region and it's exciting to see so many businesses thriving already." 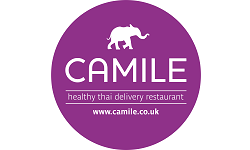 Camile Thai is a takeaway business like no other. We offer high quality pan Asian cuisine delivered to our customers in 30 minutes. Slow food, done fast! This is the perfect franchise opportunity for those with a strong interest in the restaurant market and looking for a business that has the potential to be developed it into a multi-unit retail operation.
View full details

View all resales in SW England

Top questions to ask a franchisor

As franchisors want to ensure they are taking on the right people for their franchise business, franchisees can expect to be thoroughly vetted during the recruitment process. However, the questioning should not be one way. You need to equally make sure that the franchise is right for you, and so should be asking the franchisor as many questions as possible in order to make informed decisions. Identify the top questions to be asking when looking to buy a franchise in the South West of England...
Top