Leading pizza franchise Papa John’s has opened its latest brand-new store in the market town of Boston, Lincolnshire.   Managed by franchisee Sukhbir Gill, who runs several other Papa John’s in the region, including one on Fantasy Island Resort, Skegness, the new Boston store will employ up to 20 locally recruited staff.

BFA FRANCHISE SEMINARS IN THE MIDLANDS

With over 7.8 million people and 3 million households, the East Midlands is the biggest city in Western Europe and one of the world's major cities; it is also the most visited city in the world. It is a unique and exciting place to live, work, visit and of course do business. It is the business capital of Europe and the driving force behind the UK economy.

Due to the current economic climate, businesses are being forced to make redundancies. As a result there are an increasing numbers of people looking to start their own business. And what better way than to buy a franchise!

Franchising is by far one the safest routes for self-employment, and with a potential target market of 7.8 million people, the East Midlands is an ideal place to start a franchise. 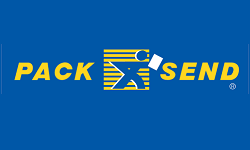 PACK & SEND offers a management franchise opportunity that enables franchisees to run their own retail logistics store providing solutions for business and domestic customers who have complex or bespoke packing and freight problems. From handling artwork or antiquesâ¦no two days are the same.
View full details

All resales in the East Midlands
Top