The international franchisor’s guide to franchising in the UK 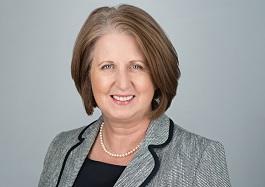 Franchisors should be wary as to claims made in prospectuses, brochures or similar publications for prospective Master Franchisees or Franchisees, particularly if they relate to earnings. In the UK, the law of Misrepresentation applies to Franchise Agreements, as it applies to all contracts.

In addition to domestic competition law, EU competition law will apply directly in the UK. Thus, Article 101 TFEU will apply if the Franchise Agreement has the object or the effect of preventing, restricting or distorting competition within the EU. An example, of an anti-competitive practice, is that a Franchisor generally may not fix prices for a Franchisee.

Characteristics of Master Franchising and Area Development in the UK

There are basically three usual main ways of carrying out international Franchising.

An ADA is a facilitating agreement for a Developer to become a Franchisee of multiple units. He has no right to sub-license and all units must be opened by the Developer himself as Franchisee. A separate Franchise Agreement (“FA”) is entered into in respect of each outlet.