Buying a franchise business - what can go wrong? 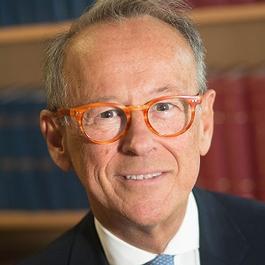 Plenty, but provided that you follow the simple guidance provided in this article, you will substantially reduce the risks of making a mistake.

First of all, do not let your excitement about owning your own business stop you from adopting a conscientious, cautious and common sense approach. As with buying a house, there is a tendency to think that you have found your dream house, and no other house will ever be as good. Similarly, prospective franchisees believe they have found their dream franchise, and then close their eyes to making sure that their dream does not turn into a nightmare.

You have to obtain as much information as you possibly can about the franchisor, and in particular:-

It is absolutely essential that you find out as much about the franchisor, its franchisees, its reputation, and whether the Banks will lend to the franchisor as you can. Taking a franchise is simply too important a decision for you to be rushed on this. Whilst the great majority of franchisors do not seek to mislead prospective franchisees, some do, and inevitably franchisors tend to paint a rosy picture of their franchise.

Provided that the information that you obtain about the franchisor and its franchise business is positive, then you need to establish what sort of relationship would you have with the franchisor. Whilst of course the relationship is a commercial relationship, nevertheless, it adds enormously if you like the top person and the management team. Are they the sort of people that care about their franchisees? Can you trust them – because inevitably the franchise agreement has been prepared to protect the franchisor, and you need to be satisfied that the franchisor will use the very extensive rights it has in a way that is fair to franchisees? You will also need to establish how fussy the Franchisor is about recruiting you? As a rough rule of thumb, only 10% of franchise applicants are worth pursuing, and of those 10%, only 1 or 2 would be likely to be taken on as a franchisee. If you sense at any time that the franchisor’s approach is simply establishing whether you have a “pulse and a cheque book”, walk away!

There are also a number of warning signals, for which you need to be on the lookout:-

If you do all of the above, and keep your head, you are likely to make the right decision.