Are there any disadvantages to franchising my business? 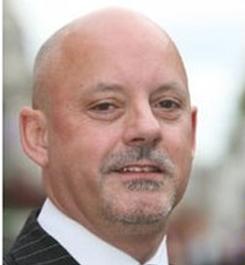 It would be rare, if not impossible to find a business structure that had no disadvantages, and franchising is no different. Both the franchisor and the franchisee need to not only understand, but fully adopt the ‘culture’ of a franchised operation. It is one of mutual trust and support.

From the franchisors viewpoint franchising your business is like giving your child over to the child minder to look after. You are fairly sure that they won’t harm the child, but will they give it all the love and care that you have given? The franchisor’s business is their ‘baby’. They have conceived it, nurtured it and watched it grow. Now they are handing it over to relative strangers to look after. Just like their children leaving home, their control diminishes and as a franchisor they have to learn to live with the fact that they cannot control every aspect of every franchisee’s business 24/7.

Additionally, managing franchisees is totally different from managing employees and may mean adapting to an alien management style. The franchisor has to respect the fact that the franchisee is a business owner and management is almost always by persuasion, as opposed to “do it because I’m the boss”.

The exception to this being anything that is clearly contractual and contained in the franchise agreement. It is also sometimes the case that the expectation levels in terms of the franchisor and the franchisee differ. The franchisor’s aim is to maximise income from each territory, an aim which you would assume, would also be common to all franchisees. However it is the reality that most people will work as hard as they need to, in order to achieve what they want and this may not always be to a level that the franchisor believes could be achieved. The franchisor’s task therefore becomes one of motivating the franchisee to achieve more, without the benefit of employer/employee status. In other words they can’t be sacked for under achieving, although obviously minimum performance clauses can be included in the franchise agreement.

From the franchisee’s point of view whilst they are the ‘owner’ of the business they are still contractually obliged to work within a set of guidelines as laid down by their franchisor. This gives them less freedom than operating an independent business would and may result in them feeling constricted in what they do. There also comes a point in almost all franchised businesses where the franchisee questions why they are continuing to pay monthly fees? This is normally at the stage where they have mastered the business and the need for franchisor input is minimal. The ‘resentment’ stage is a common challenge faced by most franchisors. The reality is that whilst franchisees may not enjoy paying monthly fees, they are contracted (through the franchise agreement) to do so. It is always worth pointing out that, when they first started their franchise, the franchisor’s outlay was in all probability far in excess of the return they were getting from the franchisee. The skill, from a franchisor’s viewpoint is to ensure that all franchisees continue to see that they receive value for money in terms of continuous training, new sales and marketing initiatives and overall support during the term of their franchise.