Glasgow is a thriving city with many of the worlds largest and most well know franchises having presence there. Glasgow fuels the Scottish economy more than any of the cities in Scotland. It's Scotland's largest city, has excellent transport links to the rest of UK and franchise opportunities are there to be had. More than 54,000 companies are based in Glasgow, providing 844,000 jobs. Glasgow is an ideal city for starting your own franchise business. 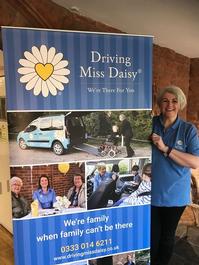 I live in the south side of Glasgow, Netherlee, with my two beautiful kids, Grace and Ross, and husband John. I had previously been involved in the franchise sector for 7 years, I was the Business Development Manager at whichfranchise, and so had a thorough understanding of the industry before starting my research. To be honest, I have always kept an eye on new opportunities, including Driving Miss Daisy when it first launched in the UK, but the time was never right for me. Having watched the progress of Driving Miss Daisy in England, and with my youngest now at high school, I decided the time was right to go for it and do something for myself.

After running his Glasgow newsagents business for 18 years Pervez Siddique (41) felt it was time for a complete change of career. 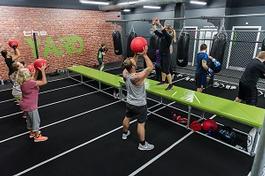 He saw that the fitness market was booming and began to look around for a business opportunity. “I came cross the Energie Fitness franchise and was immediately impressed with their concept. The atmosphere in the gyms was friendly and welcoming. I also knew their low cost no subscription model was a winner as people don’t want to be tied into long term contracts. I knew there was huge demand for this type of gym in my local area of Glasgow South”

In this video, hear from ActionCOACH franchise owner, Andrew Goldberg as he shares his experience of franchising in Glasgow so far.