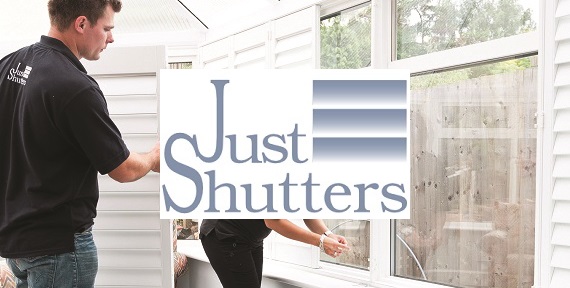 Just Shutters is the UK’s largest independent shutter specialist. We have 20 successful franchises covering the 175 towns and cities across the UK.

UK Presence: We have 20 successful franchises covering over 175 towns and cities across the UK.

Just Shutters is the UK’s largest independent shutter specialist, and we’re growing. Since being founded in 2006, we have built a reputation and brand affection you cannot buy – becoming loved by customers across the country!

We pride ourselves not only on the quality of our products but on our expertise – every shutter is made-to-measure, designed to enhance the customers’ home and expertly fitted. No experience is required as full training is given, much more important to us is a ‘can-do’ attitude and a willingness to learn.

A proven business model
We have 20 successful franchises covering the 175 towns and cities across the UK. Get all the benefits of working for yourself while being given the best possible marketing, training and support, allowing you to maximise the opportunities and grow your new business quickly.

"Can-do" individuals will hugely benefit from the first-class head office support we offer – helping you achieve phenomenal growth and make sales from day one. There is a solid first-year profit potential which by year three, our franchisees make £75,000 – £90,000 profit per annum.

Invest in yourself
Our franchise opportunities start at £27,000 + VAT which provides you with:

The Just Shutters franchise model is cash positive with the return coming in very quickly once the initial investment has been made. We will also help you consider other provisions over and above our franchise fee, including your living costs, while in the initial start-up phase.

We can also put you in touch with a third party to assist with financing if required. 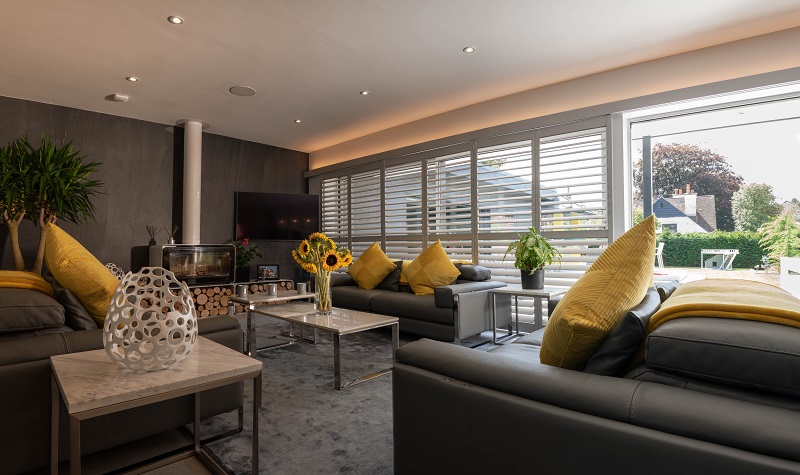 Manchester: Offers in the region of £27,000 are invited 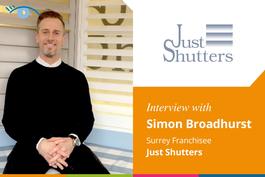 When made redundant for a second time, Simon Broadhurst decided to get out of the media rat race in London and find a career that offered a better work life balance.  Appreciating the benefits of franchising, Simon and his wife Gina began to research opportunities in their local area.  Just Shutters was one franchise that came up in their search and after investigating the opportunity and industry further, they quickly knew it was not only a franchise they could be passionate about, but it was one with longevity and brand appeal.  In this article we hear about Simon and Gina’s journey to owning their Just Shutters franchise in Surrey as well as the ambitious growth plan they have for their business. 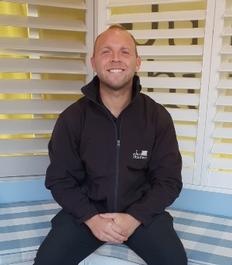 "Freedom to set our own schedules has changed our lives!"

Tom and Brooke Parrott moved back to the UK and were looking to set up their own business. With experience in the shutter industry having previously worked for his parents shutter business in the US, Tom felt he knew the industry. One year on Tom and Brooke are growing their Just Shutter franchise and have plans to continue this expansion! Learn about their first year with Just Shutters here... 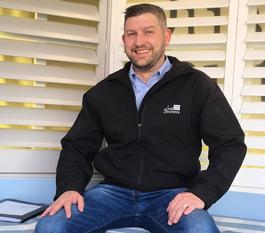 "The brand, system and support was really appealing"

After spending 23 years in various positions across the retail industry, Paul Wells decided it was time for a change. Wanting to become self-employed with a company that matched his skill set, Just Shutters stood out as the best opportunity. Everything from the brand, the franchise system and the support network matched what Paul was looking for and his business has been growing ever since! Learn about how Paul and his wife Lisa transitioned to franchising with Just Shutters...

Just Shutters are the fastest-growing independent retail shutter company in the UK with over £27 million pounds worth of shutters successfully installed. That is quite an achievement, of which company founder Chris Rocker is extremely proud. So, what is the secret of this phenomenal success? 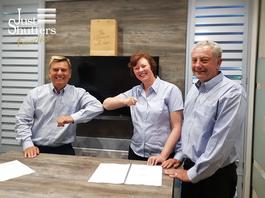 It gives us immense pleasure to welcome new franchisees to our Just Shutters #franchise family. Husband and wife team, Emile and Penny van Heerden, join us following an incredible life of travel and experiences.

Just Shutters pull together to support vulnerable communities during lockdown

In these uncertain times, we all need to pull together and support each other. Chris Rocker, founder of Just Shutters, felt strongly that we needed to support our local communities. We are offering a Community 'Shop and Drop' service to our customers who may be of more senior years or stuck at home for any reason, unable to get out and need vital supplies bringing to them.

Hayley and Terry Lancaster embarked upon running the Just Shutters Essex franchise because Terry had reached the ‘glass ceiling’ in his career and the couple wanted to build something for their own future.

As he already had a strong system, great products and an excellent way of doing things, Chris knew that his Just Shutters business was right franchising. He has also identified that by franchising it he was also able to bring likeminded people into the business. In June 2006, Chris established the Just Shutters franchise.

Chris talks about why plantation shutters is the fastest growing niche in the window coverings market, and why being specialists in that sector is proving very profitable for everyone involved.

Ian Beasleigh, Just Shutters franchisee in Reading and Thames Valley, tells us that because Just Shutters is a low cost franchise option, the risks are also much lower. He was comfortable from day one that he would get a return for his money in the first 12 months of operating.

The support offered to franchisees is described in the video as being very comprehensive and addresses all core skills needed to run the franchise. Extra support is also available if needed.

Just Shutters are looking for franchisees who are good at DIY and more importantly a people’s person. You need to be warm, friendly, approachable and trustworthy.

By filling in the form below, Just Shutters can send you further information on their franchise opportunity and allow you to contact them direct with any questions you may have.