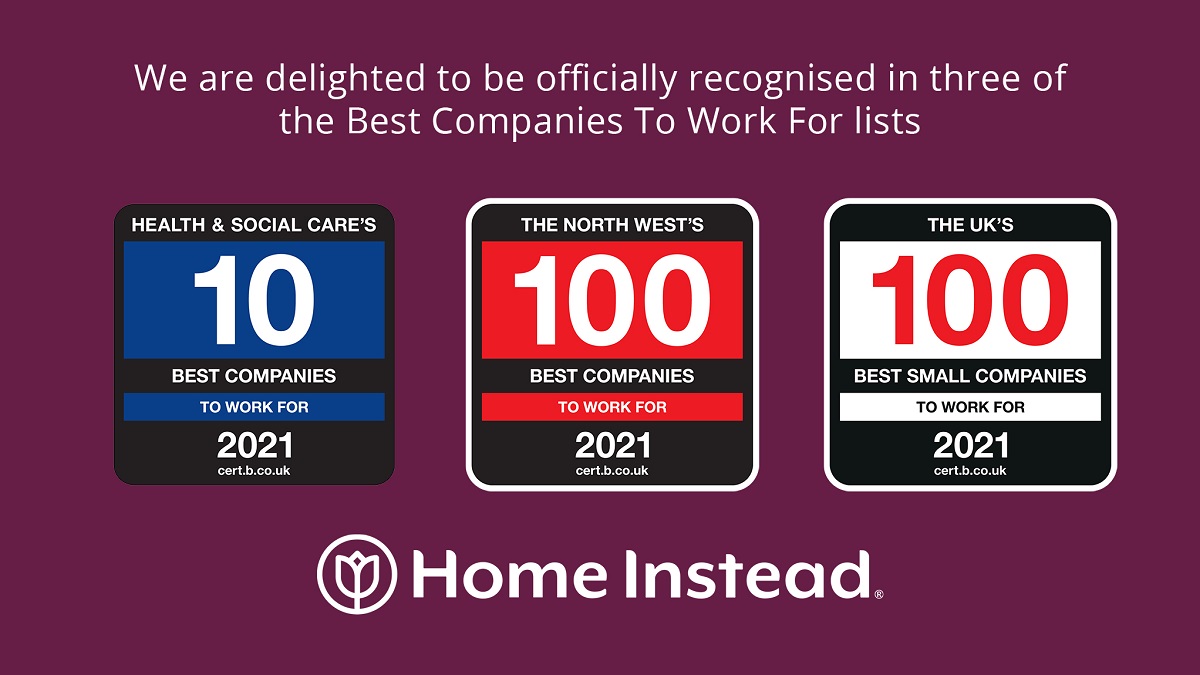 This follows the news earlier this year that the company had achieved a 3-star accreditation from Best Companies, the highest rating achievable, for it’s ‘world class’ levels of employee engagement.

Home Instead’s positions on the three lists will be based on the scores they achieved in the survey completed by their National Office team and will be revealed at a virtual ceremony on May 21st.

Home Instead is a people business, even their strapline ‘To us it’s personal’ celebrates this. From the clients they serve and their families, to their franchisees, their office teams and CAREGivers – Home Instead cares about people and making a difference.

Their Best Companies achievements are focused on their National Office team; 70 plus committed individuals who support the 227 franchised offices across the UK.

Knowing their National Office team are engaged ensures that they provide the best quality support and guidance to the franchise network, allowing their franchisees to achieve success and growth in their businesses, and in return keep their own teams happy and motivated.

Commenting on the news, People Director at Home Instead, Karen Dakin said, “In order for us to achieve our mission to change the face of ageing, we need great people, great employee engagement and a shared goal.

“We are really proud to have achieved a place in all of the three lists as it tells us that we have great cohesion as a team.”