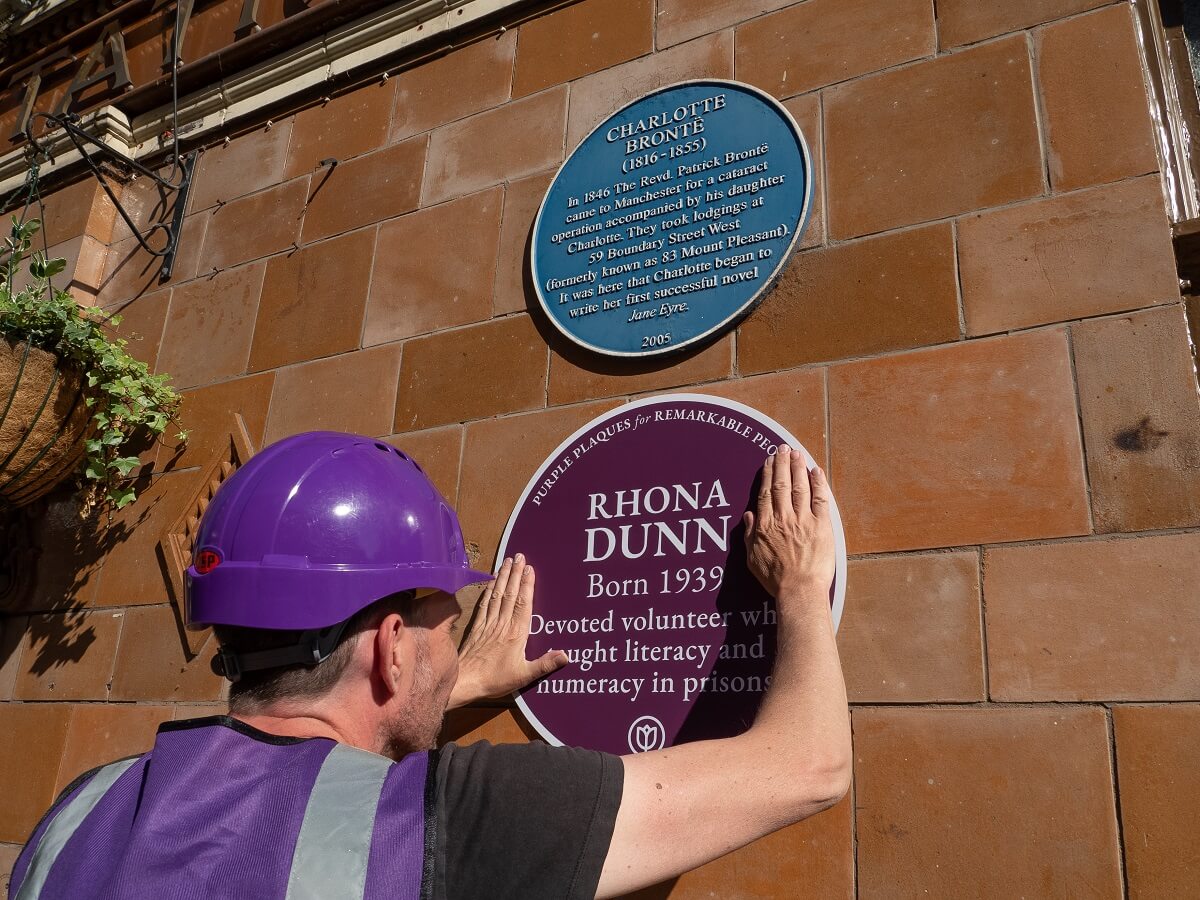 Leading home care franchise, Home Instead has been honouring the UK’s unsung older heroes who have appeared on plaques alongside some of the country’s most famous historical figures as part of a campaign tackling ageism.

The new plaques appeared overnight hung next to existing plaques at locations in London, Birmingham, Manchester, Cardiff, Edinburgh and Belfast.

The honours have been created to highlight the unique contribution made to society by extraordinary elderly people who were put forward by friends and family after a nationwide callout.

Blue plaques on houses and public buildings honouring Charles Dickens, Emmeline Pankhurst, Mary Seacole, Charlotte Bronte and Captain Scott were among the chosen locations for the campaign which has sparked a national debate on ageism.

The public, in every location without exception, reacted positively to the new plaques and the ordinary people they celebrate.

Some of those honoured include:

Rhona Dunn - a devoted volunteer who taught literacy and numeracy in prisons. Her purple plaque was put up next to writer Charlotte Bronte’s blue plaque in Manchester. It was at this location, Boundary Street West, that Bronte began to write her first successful novel Jane Eyre.

Peter Davies - a pilot who was shot down and escaped from behind enemy lines during the Second World War. His purple plaque has been put next to a blue plaque in Cardiff dedicated to the Antarctic explorer Captain F Scott.

Edna Milton - a dedicated hospital campaigner. Her purple plaque was put up next to a blue plaque in Manchester which celebrates the life of Emmeline Pankhurst - the founder of the Suffragette movement.

Gordon Bailey - ambulance service man and incredible volunteer. His purple plaque was installed next to Mary Seacole’s (Jamaican nurse & heroine of the Crimean War) at her former home in Soho, central London.

Barbara Waller - A history academic who wrote a book about her hometown. Her purple plaque was installed next to Charles Dickens’ blue plaque which is located at his former home in central London.

Doreen Brooks - Involved in breaking the Enigma code during the Second World War. Her plaque was installed next to Elizabeth Wiskemann’s plaque in Edinburgh. Elizabeth Meta Wiskemann was an English journalist and historian. She was an intelligence officer in World War II, and the Montagu Burton Chair in International Relations at the University of Edinburgh.

Rhona Dunn, who was honoured with a purple plaque in Manchester said: “I feel very humble to be included in the campaign and hope it will encourage people who see how old I am to have a go at things despite their age. I am very lucky to have had good health and been able to meet the challenges life throws at you.

Lee Chapman, Home Instead’s Director of Brand & Marketing said: “With more people aged over 65 than ever before, we need to rethink how we value older people’s experience and the contribution they make.

“This campaign is all about highlighting the issues with ageism we have in this country. And it became very apparent, as we travelled around the UK installing our purple plaques, that many people in Britain think more needs to be done to counter age bias and recognise that older people bring so much to us as a society.

“Home Instead believes that quality of life has no expiration date and people of all ages deserve comfort, connection and dignity.

“And we believe strongly that the famous names we’re using to highlight this issue would back what we’re doing and applaud the idea of championing the country’s unsung heroes.

“Older people play an important role in the welfare of our society. With better health and well-being, many older people are remaining active and taking on new challenges, something we should all be celebrating.”

The plaques were put up temporarily to throw a spotlight on ageism which is a growing problem for thousands of people in Britain today.

This is just one of Home Instead’s campaigns that increases brand awareness for the network, part of the ongoing support provided by their national office.