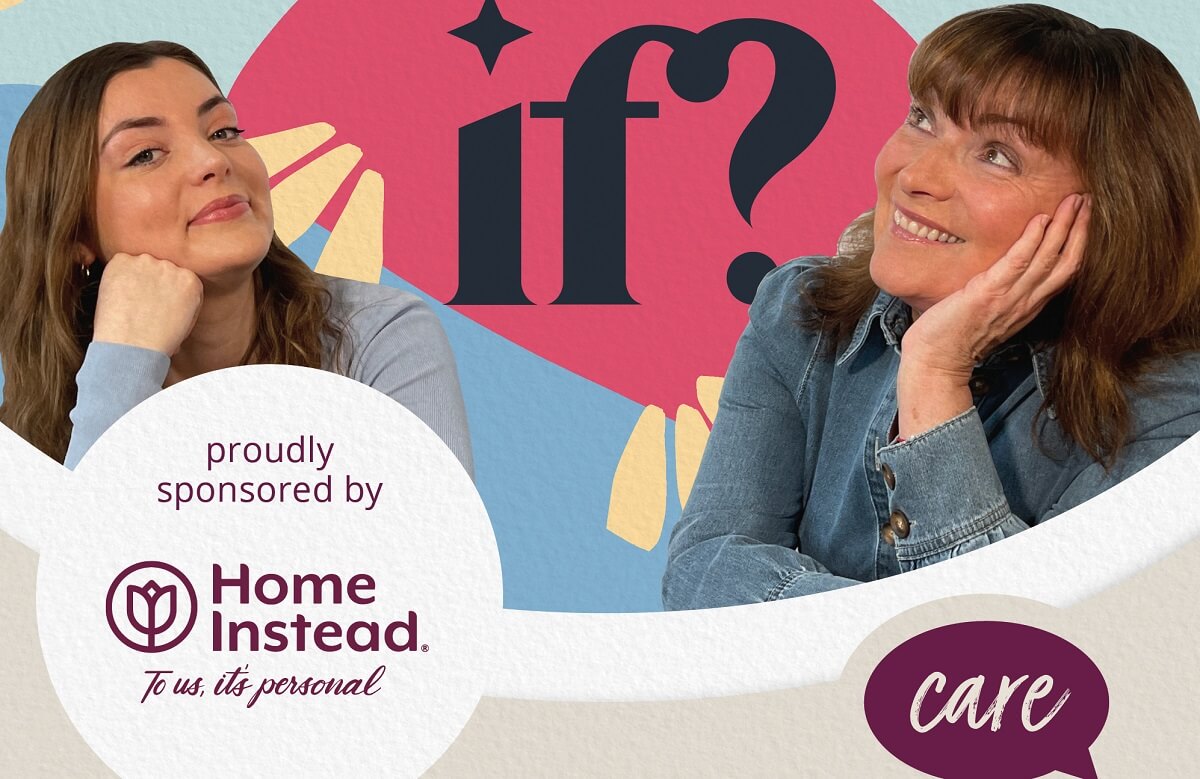 Leading home care franchise, Home Instead is pleased to announce that TV legend, Lorraine Kelly is joining its mission to get the UK talking about care with ageing loved ones. Through this exciting new sponsorship, Home Instead is gathering high-profile support for their 240 local franchise owners and their brand.

Home Instead is sponsoring Lorraine’s successful podcast, ‘What If?’, in which she and he daughter Rosie interview well-known and much-loved celebrities about key events and crossroads in their lives.

In the podcast, Lorraine and Rosie play Home Instead’s ‘Care Conversation’ card game, which triggers Lorraine to share her views on getting older. Lorraine also considers how to broach the subject of care with her ageing parents, and she discusses what they might want from a care package.

The exclusive sponsorship of series three of the podcast will run from spring through to summer, and feature Home Instead throughout, highlighting the importance of having the ‘Care Conversation’.

Speaking about the new sponsorship deal, Home Instead’s Brand and Marketing Director, Lee Chapman said: “As the UK’s leading home care brand, our mission is to support older people to live a happy, fulfilled life in their later years. That’s why we’re thrilled to announce the sponsorship of Lorraine and Rosie’s ‘What If?’ podcast because it means we can reach a huge audience with some important messages about planning for and choosing the right care for them in later life.”

Lorraine said: “I think talking about care is a bit like making a Will. No one really wants to do it, but you actually feel better when it’s all done and dusted. It can be difficult to have that talk with your parents or relatives, but it’s vital that you know exactly what they want so you can make a plan. You don’t want to be second guessing what will make them comfortable and happy.”

Series three of the podcast kicked off on Thursday 10th March, with Lorraine and Rosie interviewing TV personality and activist Katie Piper OBE.

As part of Home Instead’s ongoing support to their franchise network, the company spearheads marketing campaigns with a national reach, spreading awareness of home care as a choice, whilst increasing visibility of the Home Instead network, their local offices and the services they provide.

Their new sponsorship of Lorraine’s podcast joins their sponsorship of Alan Titchmarsh’s ‘Love your Garden’ and ‘Spring into Summer’ TV shows on ITV. Home Instead has also formed strong partnerships with Parkinson’s UK, Boots UK and Barclays.