How to resolve your franchise disputes amicably 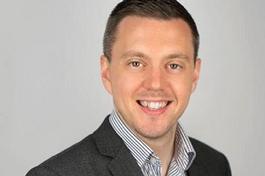 “Franchising is one long conversation,
chequered by disputes”

If Robert Louis Stevenson had pursued a career in the franchising industry, rather than becoming a poet and novelist, he may have penned these words. Stevenson was, in fact, referring to “marriage” but there are numerous similarities between the two relationships. Marriage is a long term commitment based on trust and commitment, in much the same way that Franchising should be.

However, all too often we hear of this relationship turning sour and of disputes occurring. This article points out the common areas of dispute and provides some advice on how to avoid or resolve them.

Some of the most common areas of franchise dispute are:

In each of these situations, the Franchisor will have one opinion and the Franchisee will have another. So how do you resolve disputes?

1. Understand what you are buying

I never cease to be amazed by the number of franchisees who have bought a franchise and invested a considerable amount of money without first making sure they understand what it is that they are investing in.

The best way to avoid a dispute is to research the opportunity thoroughly before investing and making sure you understand what is being offered and the obligations on both parties under the Franchise Agreement. One of the most effective ways of doing so is to speak to existing franchisees of the business to get a good understanding of the level of support which you can expect from the Franchisor, how much money you can expect to make and whether the other franchisees are satisfied with their investment.

In addition to seeking advice from existing franchisees, you should also seek advice from a solicitor. Franchisors will often tell potential franchisees that their franchise agreement is “non-negotiable”, which simply means that the franchisor is not willing to alter the agreement. Do not be put off by this. You should always take your franchise agreement to a British Franchise Association accredited solicitor and ask them to look over it. The solicitor will be able to provide you with a report which explains the Franchise Agreement and lets you know if it contains anything unusual or unnecessarily onerous. The solicitor would also be able to suggest amendments or relaxations which would be fair and equitable. These amendments can and will often be adopted by the Franchisor in a document know as a “Side Letter” rather than altering their standard “non-negotiable” franchise agreement.

2. Communicate with the Franchisor

If a dispute does occur it is important to resolve it quickly and as amicably as possible.

Franchisors can often be considered heavy-handed in their approach to disputes and this is often with very good reason. The Franchisor not only represents himself in a dispute but also the other franchisees in the network. If one franchisee steps out of line and damages the brand, the Franchisor will want to stop this immediately to protect the interests of all the other franchise owners. Similarly, a Franchisor does not want to be seen as a soft-touch by his other franchisees. If one franchisee gets special treatment, the message will soon spread and the rest will want to be treated similarly. Given this, Franchisors can be quick to involve solicitors and instruct them to terminate or seek termination of the Franchisee’s Agreement by serving notice.

However, this heavy-handed approach will generally only be used in response to more serious breaches of the Franchise Agreement. For lesser breaches, the Franchisor will usually prefer that the breach be remedied within a time period, resulting in a swift resolution rather than resorting to litigation. It is therefore in both parties interests to consider alternative forms of dispute resolution, including mediation and, if necessary, arbitration. Both of these processes can be very effective in reaching a positive outcome and the British Franchise Association have established mediation and arbitration schemes which can be used to assist in this process.