Snack In The Box Franchisees Move To Mars 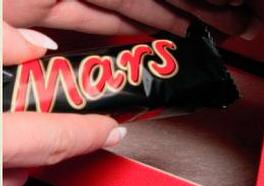 It was less of a planned attack and more of a coincidence that, just prior to Kraft’s high profile but controversial buyout of Cadbury earlier this year, Snack Time PLC had acquired the UK’s leading chocolate vending franchise, Snack in the Box (SITB).
Although a lower level buyout, the move marked a major shift from Cadbury to Mars for the established confectionary vending franchise, which has more than 100 established territories in its network and around 16,000 customers in the UK and Ireland.
Franchisee, Sue Denwood, who has been running her SITB business with husband Keith in Bradford for the last five years, has found the shift to Mars good for business. She says: “After a long period selling Cadbury products in our vending machines, we wondered how the rebrand might affect us. But since the buyout, our business has grown and profits are up. The Snack Time takeover of SITB has delivered increased opportunity for us, and we’re making more money from better margins on Mars products.”
Spirits are equally high at head office. Matthew O’Neil, one of SITB’s directors, says: “Takeovers of this kind are pretty rare in franchising. It’s been a challenging and exciting time, and we’re now starting to see a positive impact on the company’s bottom line. During the changes – especially at the tail end of a major recession – we knew that our franchisees were going to need reassurance that their businesses would continue to flourish. So we’re delighted that the acquisition and subsequent transition have been successful. In fact, our vending franchisees have already experienced a twenty-five percent increase in their profit margins, without having to change anything about the way they operate!” As part of the new developments, SITB’s old branding will now switch to Mars and its associated confectionary items.
Says O’Neil: “The rebrand is a big part of the changes taking place. All franchisees’ vans will be re-liveried as part of a new deal we’ve struck with Signs Express – a well-known sign writing franchise. And everything from promotional items to corporate clothing and stationery will now carry both the Mars and amended SITB logos.”
He adds: “All of this these developments mark a real coup for SITB franchisees, who don’t have to do anything differently in order to benefit from changes. It’s important to remember that Mars is one of the biggest confectionary producers in the world, owning leading names such as Galaxy, Maltesters, Mars, Bounty, Milkyway, M&Ms and Snickers. Franchisees benefit enormously from this high level of consumer brand awareness, as well as from Mars’ ongoing multi-million pound marketing campaigns. In this sense the Snack Time acquisition of Snack-in-the-box has been great for everybody in our network.”

Interested and want to know more about Snack in the Box ?

The Snack in the Box profile outlines all aspects of their franchise opportunity and allows you to contact them for further information or to ask a question.