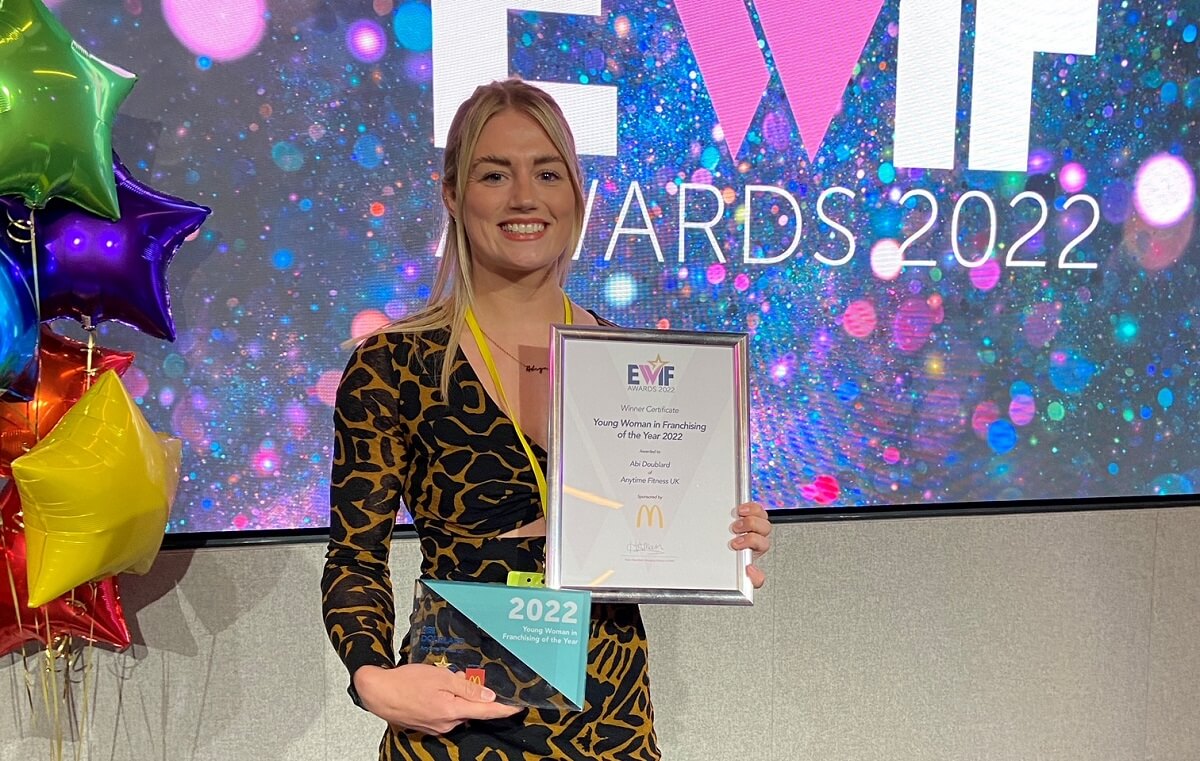 Abi Doublard, Lead Creative Designer at Anytime Fitness UK, has been named Young Woman in Franchising of the Year winner at the 2022 Encouraging Women into Franchising (EWiF) Awards.

Abi was commended for her role in shaping Anytime Fitness’ marketing and customer engagement when gyms and health clubs were permitted to reopen in April 2021. Abi’s work on the reopening marketing campaign led to Anytime Fitness’ most successful month for membership sales since it began trading in the UK in 2010.

Her efforts in leading a rebrand for the franchise was also highlighted, as well as co-ordinating the creative direction for Anytime Fitness’ first face-to-face annual conference since June 2019.

“I’m honoured and delighted to have received this award,” said Abi. “Our clubs and franchisees were hit particularly hard by the impact of the pandemic and I’m proud to have helped them recover and get back on their feet. Being at the EWiF Awards was incredibly inspirational and it was great to be in the same room as so many people that have done some incredible work within franchising.”

Abi joined Anytime Fitness’ UK Support Office as an intern following her graduation in 2017 and has quickly progressed to the role of Lead Creative Designer, becoming an integral part of the marketing team.

Helen Mansfield, Managing Director of EWiF, added: “The rising numbers of women finding purpose through running their own businesses, fully supported by their franchise, is a real joy to see! We’ve been encouraging women to see franchising as a viable route for business success since 2008. This year, we’re thrilled to have awarded Abi for her contribution to franchising: Her entry really showed how much she contributes to our industry. She’s a very worthy winner!”

Interested and want to know more about Anytime Fitness?

The Anytime Fitness profile outlines all aspects of their franchise opportunity and allows you to contact them for further information or to ask a question.