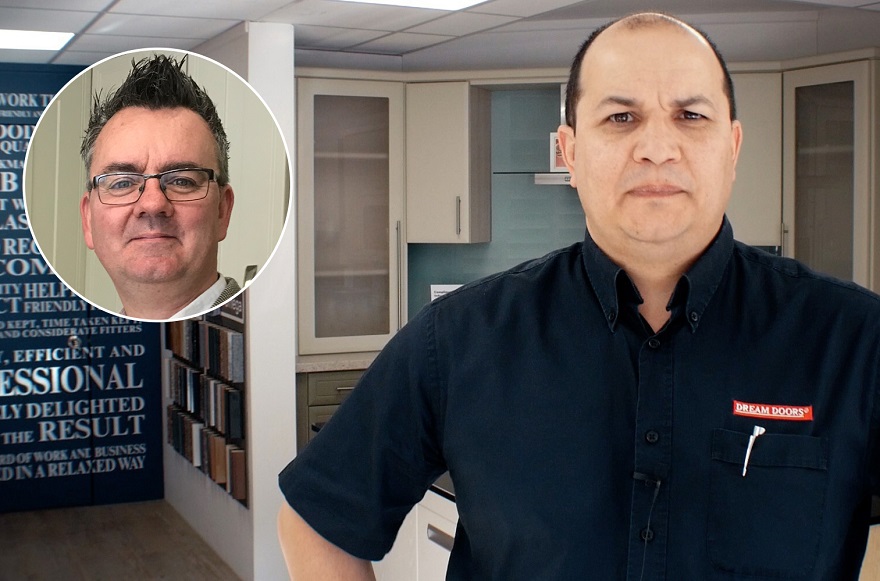 FRANCHISEE Neil Fisher followed in the footsteps of a childhood friend to launch his own Dream Doors trading territory.

Prior to opening his kitchen makeover showroom in Barnham, Neil worked in sales management in the motor industry for more than 20 years in his native South Africa.

However, when Neil decided the time was right for a change, he was convinced by a friend from school to join the UK’s #1 kitchen makeover company.

Neil said: “I joined Dream Doors in 2015 because I wanted to have my own business and I was looking for something new to do.

“My friend Gary Ashe, who I went to school with in South Africa, was already running Dream Doors’ Woking and Guildford showroom, and he is the one who convinced me to come on board.

“I spoke to the management team at Dream Doors and when Barnham became available I decided to take it.”

Despite being introduced to the Dream Doors business model by a friend, Neil said he made his decision based on the strength of the company’s business model and the ongoing support on offer.

“The deciding factor for me was the training,” said Neil, “I had been in the motor industry for almost my whole career, so it was a complete change for me and I needed some guidance.

“The training on offer, the support of the network and the dedication of the business development managers were the clinchers for me.”

Dream Doors is looking for more talented franchisees like Neil and his childhood friend Gary who are ready to represent an industry-leading brand as part of a recession-proof business model.

Interested and want to know more about Dream Doors?

The Dream Doors profile outlines all aspects of their franchise opportunity and allows you to contact them for further information or to ask a question.