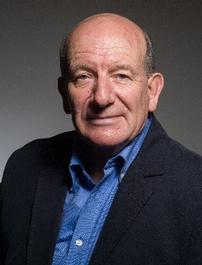 I left home at 15 to join the Royal Navy primarily to escape the home life, see the world and play sport. My career in the Navy spanned 28 years with a Commission gained at 27 years old, finally leaving at the age of 43 having joined the Royal Australian Navy for the last 5 years.

I returned to the UK in 1992 and joined a consulting company of six delivering complex systems consulting services (Management Information, Command & Control Systems) to the Defence, Aerospace and Transport sectors. We sold the company in 2000 to a French multi-national company, having grown it to 55 people. I stayed with new organisation for another 13 years establishing new businesses in the UK, France, Australia and North America.

And what challenges have you had to overcome?
Finding the right people to take up the Franchises and to develop the UK leadership team from a starting position of just me!

Interested and want to know more about Driving Miss Daisy?

The Driving Miss Daisy profile outlines all aspects of their franchise opportunity and allows you to contact them for further information or to ask a question.