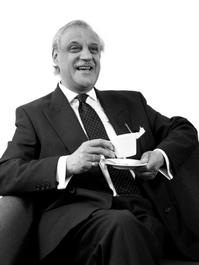 Franchisees are increasingly better informed not only about their rights but also about the various ways in which they can bring pressure to bear on their franchisor with whom they may be in dispute.

Franchisors on the other hand, are passionate about the need to protect their reputation, particularly those who face increased competition.

Provisions in franchise agreements which are usually referred to as non- disclosure clauses have been common place for some time.

These are clauses that prohibit a franchisee from disclosing to third parties (other than their professional advisers) the contents of their franchise agreements, details about their franchised businesses or that of the franchisor and the method of operation of a particular franchise.

The reasons for such a prohibition are obvious. Franchisors spend a good deal of their valuable time and money in establishing the wherewithal to franchise and it is therefore not surprising that they seek to guard jealously those matters which they perceive to be their trade secrets. Included in this, of course, is the franchise agreement. Having said that, it does depend on the franchisor.

Some franchisors freely distribute copies of their franchise agreements to prospective franchisees at a very early stage of discussions with them. Others, however, are reluctant to part with a copy of the agreement until they are fairly certain that the franchisee will proceed.

However, a different type of non-disclosure provision in addition to those I have mentioned is becoming commonplace.

This seeks to restrict the franchisee from discussing with, or disclosing to, a third party, generally anything about his business or the franchise.

This covers anything about a dispute a franchisee may have with his franchisor or indeed any dissatisfaction with the franchise or the way in which it is being run. Is this such a bad thing? I suggest not.

Most commercial enterprises would prefer not to air any grievances they may have with their trading partners in public. Franchisors are no exception.

In particular, in my experience, the motives behind such a disclosure by a franchisee are usually tainted with malice and seldom used as a legitimate means of resolving grievances.

More often than not it is used by franchisees as a threat to bring the franchisor to heel. This is in the mistaken belief that (in some cases at least) by making such disclosure/revelation or more usually, threatening to do so, the franchisor will be so afraid of what it rightly or wrongly perceives will be the ensuing damage to its reputation that it will change its attitude and approach to its franchisee, irrespective of the merits of the franchisee’s case.

What is different about these clauses is that they are more direct in expressing, what was previously stated in a more restrained manner, the franchisor’s expectation that they will act as a deterrent and a warning to their franchisee.

Some would argue that by including such a provision, franchisors exhibit signs of insecurity and possibly paranoia and that any franchisor who deals fairly and ethically with its franchisees should have no difficulty whatsoever in weathering a storm which might be whipped up by a disgruntled franchisee.

Whether or not such a provision is enforceable at law will depend on the circumstances of each case.

However, franchisees should be aware that if they openly air their grievances through the media, they may find themselves at the receiving end of an injunction restraining them from doing so further. Also they may face a claim for legal costs and damages from their franchisor for any damage to its reputation.