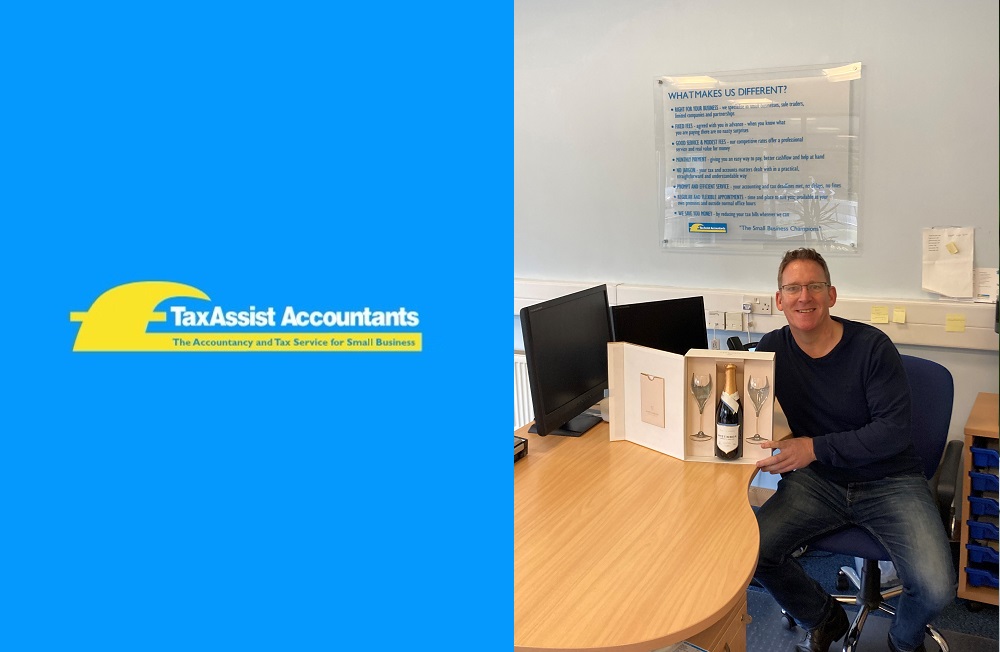 Andrew Morton who operates his practice from four premises in Bridgnorth, Leominster, Craven Arms and Ludlow has reached the milestone anniversary of 20 years with TaxAssist Accountants.

“I can’t believe that it’s been 20 years since I shook former Chief Executive, Karl Sandall’s, hand on a freezing cold morning after completing my initial training course,” said Andrew.

“It’s been an incredible time. Moving to a new area, setting up the business in the back bedroom with no clients, moving into an office after the birth of my first daughter (she needed the bedroom apparently), and now 20 years later, with four shopfronts, eight members of staff and around 800 clients!

“None of it would have been possible if it wasn’t for my fantastic team here, the support of my fellow franchisees and the tremendous help and support I’ve received over the years from the Support Centre in Norwich. It really is a superb franchise to be involved in and I would certainly make the same choices if I had my time again.”

Sarah Robertson, Group Director and UK Managing Director, said: “It’s been a pleasure to help Andrew scale up his practice over the last 20 years. He should be proud of the team he has built and the success he has achieved. He has brilliantly demonstrated what can be attained by following the TaxAssist business model and we look forward to working with Andrew towards his future growth plans.”