BIGGEST MCDONALD'S FRANCHISEE IN UK SELLS OUT AND JOINS GDK 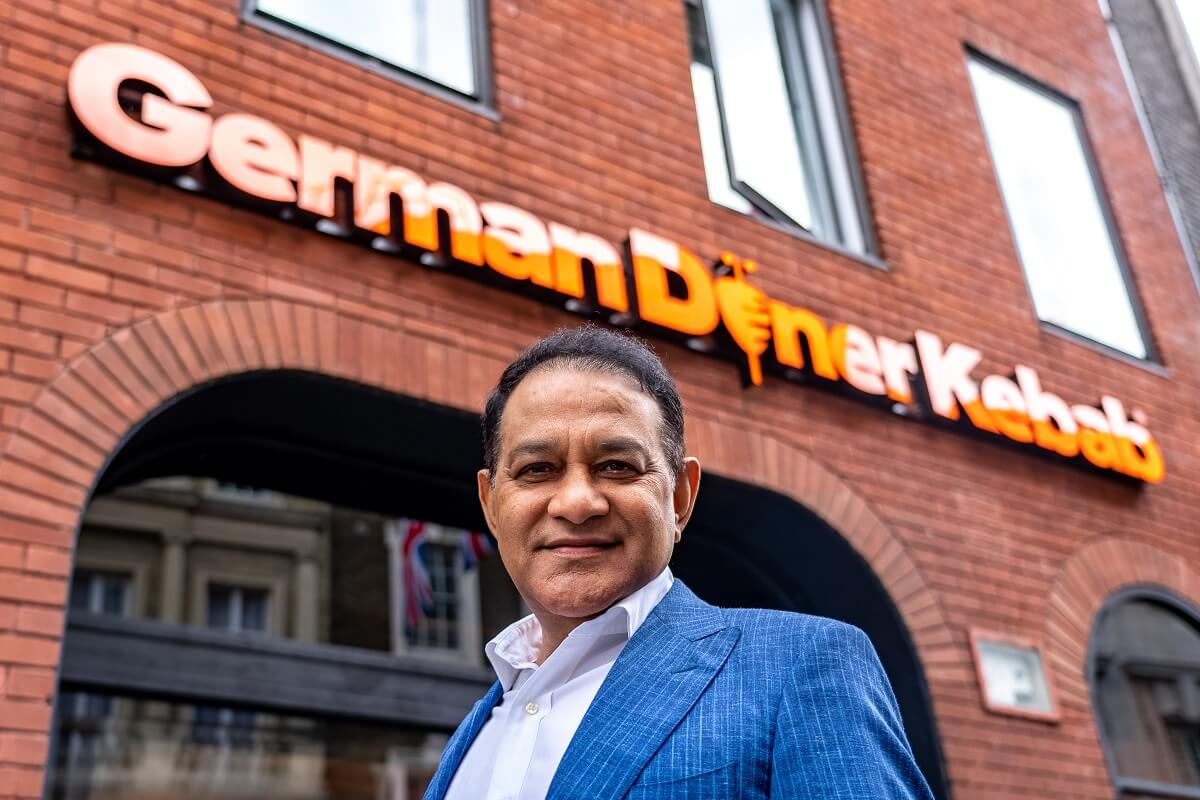 German Doner Kebab (GDK) has joined forces with one of the UK’s top franchisees as it aims to further strengthen its position as the UK’s fastest-growing restaurant chain.

Atul Pathak, OBE, was formerly the UK’s largest McDonald’s franchisee with 43 restaurants throughout the country.

However he has now announced an exciting partnership with German Doner Kebab after recently selling his McDonald’s portfolio which he built up during the past two decades.

Pathak’s GDK development plans include up to 30 sites, ten of which are set to be delivered by 2023 across the South of England.

He said: “It’s hugely exciting to be teaming-up with German Doner Kebab. After nearly 20 years with McDonald's, I decided to sell my business and explore new opportunities that reflected the changes we are seeing amongst Gen Z and Millennial consumers.

“It was a great journey to grow from one restaurant to 43 and be the largest franchisee of McDonald’s in the UK.

“But, I felt it was time for a new challenge and when the opportunity to partner with German Doner Kebab arose it was a perfect fit for our new ambitions.

“German Doner Kebab is at the forefront of a new age of fast-casual dining in the UK and is expanding across the nation with a dynamic and responsive consumer offering that places it firmly as the fast-casual brand of the future.

“It is an exciting time to be a part of the brand story and I look forward to playing a key role in strengthening German Doner Kebab’s position as the UK’s fastest-growing restaurant chain.“

The partnership with Atul Pathak, OBE, comes as German Doner Kebab opens its 100th UK restaurant and forges ahead with plans to open 78 new restaurants in the UK during 2022, building significantly on the 39 opened during 2021.

Now employing over 4000 people throughout the country, the fast-growing brand boasts a development pipeline of over 400 restaurants during the next seven years. Total UK sales were also up 75 per cent in 2021.

The chain has always prided itself on crafting ‘expectation-defying kebabs’, elevating what is one of Britain’s most-loved takeaways to a new level of quality, freshness, and variety, all wrapped into a superior dining experience. GDK’s food is freshly prepared in front of customers, using open kitchens in all restaurants. An uncompromising focus on quality means GDK uses only premium and lean cuts of meat, fresh locally sourced vegetables, unique signature sauces made daily in each restaurant, and hand-made bread with its crisply toasted waffle pattern.

“He is an established and prominent franchisee who has experience in growing and developing a brand portfolio in the UK.

“Atul’s experience in Drive-Thru will also be invaluable as we explore more and develop new formats and concepts for the brand.”

“It’s exciting times at German Doner Kebab as we take our growth plans to a new level and we are very much looking forward to working with Atul to take forward his development plans and bring the German Doner Kebab experience to more consumers throughout the country.”

Based in Glasgow, Scotland, German Doner Kebab has grown at great pace in the UK, Sweden and Middle East and now rapidly expanding in the USA, Canada, Saudi Arabia and across other key locations in Europe.

Plans for 2022 are in place to open 11 new restaurants in North America and German Doner Kebab is also set to open its first restaurant in Riyadh, Saudi Arabia. The Ajlan Bin Ajlan Group, one of the largest investment and commercial groups in the Middle East, has been signed-up as the master-franchisee in Saudi Arabia, with a development agreement of 100 restaurants.

Interested and want to know more about German Doner Kebab?

The German Doner Kebab profile outlines all aspects of their franchise opportunity and allows you to contact them for further information or to ask a question.