My HMO Journey: No rest for the wicked as we approach 2021 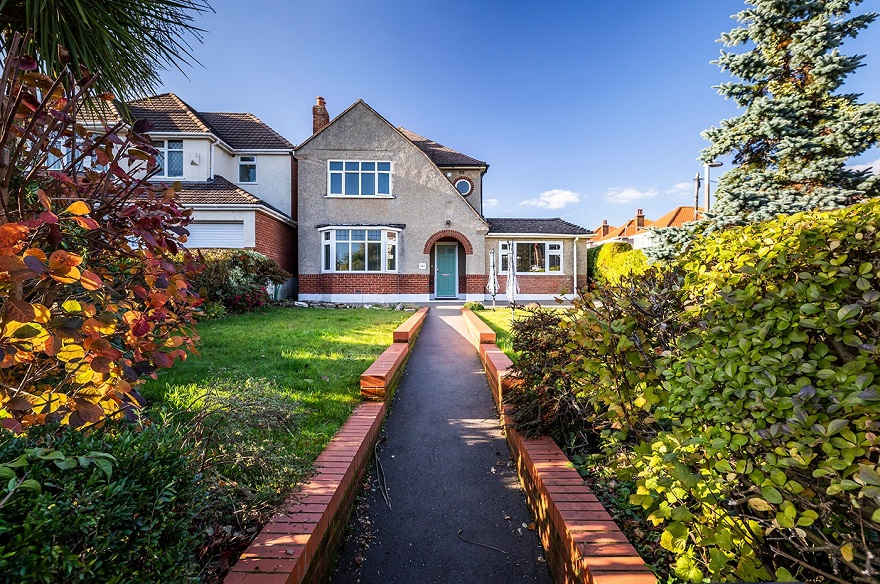 My screen time has gone through the roof in recent weeks.

But it’s not Candy Crush, Facebook or any other social media platform that’s taking up all my time – it’s Rightmove.

But first, an update on our maiden HMO.

When I last wrote at the beginning of September, we were edging closer to completing that first property and welcoming our first housemates through the doors.

Now, we’re just a few weeks away from Christmas and the beginning of a new year – I think it’s fair to say we’ll all be glad to see the back of 2020 after everything we’ve had to endure since March.

Yet, I’ll also look back on the past 12 months with a real sense of achievement. This year is the opening paragraph of a new chapter in my life – I’m now a fully-fledged HMO landlord alongside my husband John and auntie Sue, with six amazing housemates in a property we’re so, so proud of.

We actually filled those six rooms before the property’s renovation was completed, which shows the demand for high-quality shared living and is also real justification for everything we did to make the property feel like a home.

One of the challenges as an HMO landlord is finding the right balance of housemates.

When you put six people together in a property, getting the right blend of personalities is key to creating a healthy and happy living environment.

So, I was quite picky with the people I selected to live in the house – we certainly weren’t short of people who were keen to live there.

I visualised them having a drink together, cooking, going to the gym together, because that’s the kind of environment I always wanted to create with this home.

That approach has paid off, as we have six amazing housemates who all really get on. There’s a real sense of community and camaraderie in the house – they even have a cash kitty that they all pay into so they can buy things together.

They’ve decorated the house for Christmas and have been out together and picked up a real Christmas tree. It’s their home and they’ve really put in the effort.

I was at the house recently showing a new potential Platinum Franchise Partner around, so they could really see the standard of homes that our people produce.

They also had a chat with our housemates to find out more about what Franchise Partner properties are like to live in.

No rest for the wicked

Our plan originally was to take a six-month break after the first property was completed, but it’s actually been the housemates in that property that have driven us on to start on our second property right away.

And that’s why I’ve been spending so much time on Rightmove.

We had one room remaining in the first property and a female housemate who was keen to take it.

But with five guys filling the other rooms, I was pondering the balance of having five males and one female in the house.

We then got an enquiry from another guy through Facebook, who was living in a house in Winchester owned by another Platinum Franchise Partner, Maria, but needed to re-locate to Poole.

I called Maria up and she said this particular housemate was probably her best tenant across all her properties, so it was really a no-brainer to let the room to him.

I explained the situation to the housemate who had missed out and she actually said she would stay at home with her parents until we had another house ready – she was that keen to live in the property.

It was amazing to hear that – and it was also what led us to head back out right away and look for property number two.

Buying at the right price

I’d actually seen the house on Rightmove before and discounted it, but my husband John was keen so insisted that we went to see it.

The property is 28 seconds’ drive from the first HMO so in a fantastic location.

It also has a superb amount of land, so not only will it make a fantastic HMO, we also have a development opportunity for further down the line.

I ran through the property details with my purchase mentor, Mike, and we looked at the financials using the Platinum analyser.

For me, the purchase price looked ‘toppy’, so I was set on us having to bring it in at a certain price in order for it to work for us.

It’s so important to buy at the right price, because if you overspend, you don’t get the post-renovation value uplift you need – that’s where the guidance of Platinum’s purchase mentors like Mike is so invaluable.

We went in with a low offer to test the water and, unsurprisingly, it was rejected.

Our next offer was an increase, but we agreed that if it was rejected, we would move on to something else.

That’s exactly what happened, but a week later, as we were preparing to view some other potential options, we got a call from the agent.

The vendor liked our position and was happy to proceed with the second offer we’d made.

Sticking to our guns really paid off and I think that mindset was down to the confidence we’ve now got from having worked with Mike on the first HMO.

Once our post-renovation valuation comes back on the first property and we’ve refinanced it, we’ll be able to push on with this second project.

Conveyancing is due to start soon and our architect is pencilled in for a visit – the aim is to complete the purchase before the stamp duty deadline of March 31, before breaking ground on the renovation in early April.

With the first HMO, there was always a nagging concern that we wouldn’t be able to sell the rooms. Even when your mentors are telling you that everything you’re doing is right on the money, I think it’s only natural to feel like that when you’re a total novice.

Now, though, I’m 100% confident I’ll be able to sell the rooms in the second property within two weeks.

That’s the confidence you get through doing property investment with such a huge amount of franchisor support behind you.

We’re now starting to see the money flow back into the account after it being all one-way traffic throughout the renovation of property one, and that’s a great feeling.

But it’s not just about the income.

I feel really proud to have played my part in creating an incredible home for six people.

A couple of our housemates have experienced testing personal difficulties this year and having the stability of a real home is huge for them.

They know it’s a long-term investment for us, so they know they can stay as long as they want to.

When I visit the property, it feels like I’m stepping into someone else’s home, rather than my own HMO.

That’s exactly how I want my properties to feel.

When I write again in the new year, I hope to have news on our plans for the second HMO.

Have an amazing Christmas and here’s to a prosperous and healthy 2021.