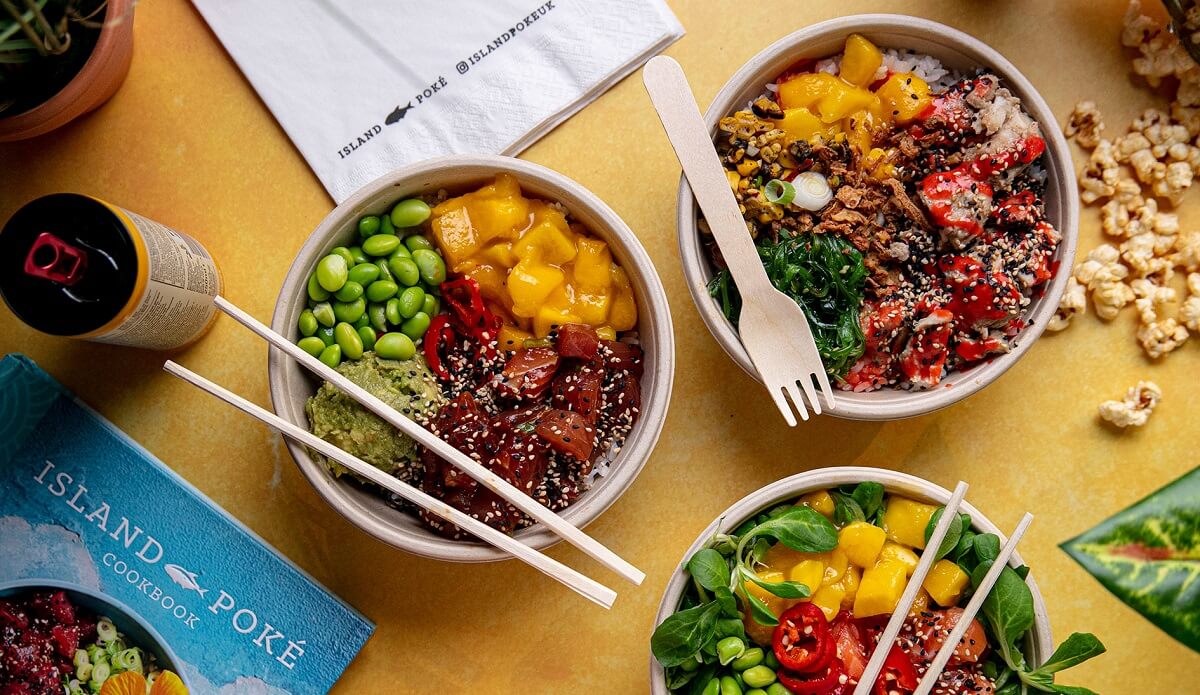 Island Poké has opened its doors in Angel Islington, bringing its Fresh Pacific Flavours to the London Borough.

The new restaurant opened on September 29th at 13 upper street, making it the 14th London location for the UK leading poké operator.

To celebrate, Island Poké is offering £1 bowls to all their loyal customers on October 6th.

Following the brand’s success across London, further growth plans include another opening in Richmond this month, along with two new Islands in Clapham and Notting Hill set to open in early 2022.

The brand has developed a loyal following amongst Londoners and now has a full estate open post-pandemic including four dark kitchens across the capital and is getting set to open 23 new Islands over the next five years, which will treble its current UK footprint.

Known for its innovative menus, energetic service, and interiors that evoke feelings of the Pacific shores, Island Poké was one of the first movers in the market when founder James saw the opportunity for a vibrant, healthy, and interactive grab and go concept.

Londoners looking for lunch alternatives to the mainstream sandwich and similar offerings will be able to enjoy a full Island Poké menu including house bowls and the option to build your own.

Oceanic is born of the SEAQUAL Initiative, designed to combat marine plastic pollution and achieve a waste free environment. This fabric is a recycled polyester with a purpose and Island Poké is proud to support in the mission to clean both the earth and its oceans.

“We are just beginning to ease out the Pandemic which has been a hugely challenging period for the hospitality sector and these new restaurants show the growing demand for our brand offering.

“We are looking forward to expanding our brand across London and beyond, bringing people a great and fresh alternative to the traditional lunch and dine-out offering.”

The new partnerships will bring a development pipeline of 23 Islands over the next five years, trebling its current UK footprint, alongside the 42 already planned in France and Benelux over the same period.

The agreements have been announced following a recent investment from Hero Brands and will create in the region of 350 jobs.

The development plans will initially focus on London, however, discussions are also underway with further partners which have the potential for a further 50 Islands throughout the UK.

Interested and want to know more about Island Poke?

The Island Poke profile outlines all aspects of their franchise opportunity and allows you to contact them for further information or to ask a question.