My HMO journey: A summer of success as we get closer to launching our first HMO 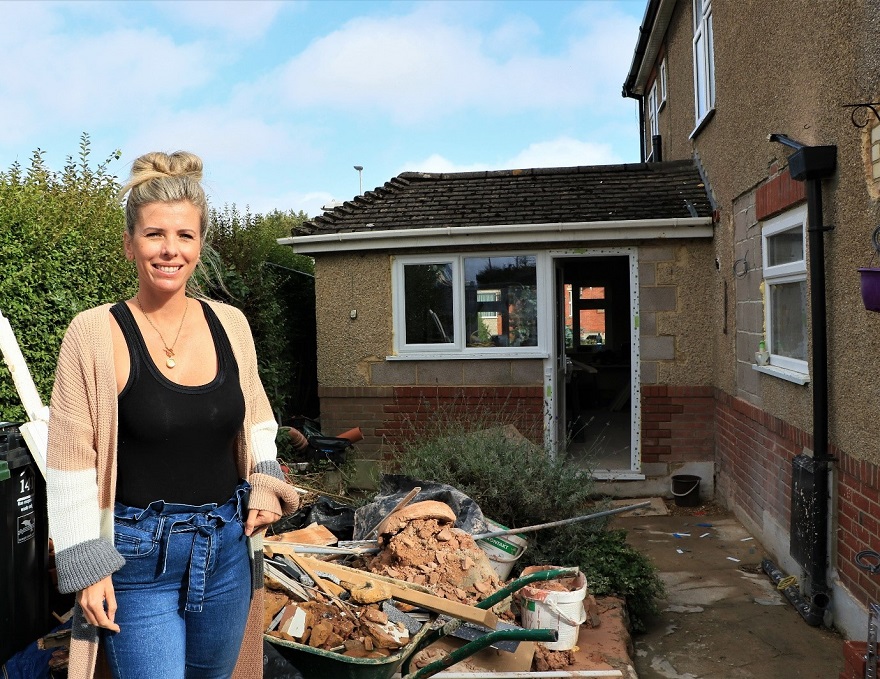 Didn’t that summer go quickly? It’s been that kind of year, hasn’t it?

For me, pace has really been the name of the game since I last wrote about the journey towards my first Platinum Property Partners HMO back at the end of May.

At that point, we were looking to break ground on the renovation at the start of June.

As I write this at the end of August, we’re just six weeks away from welcoming our first housemate through the doors – more on that later!

Everything is on schedule and the renovation is going well. Of course, there have been a few hiccups along the way, but that’s totally normal and my refurb mentor Kim was on hand to help me through those issues and find solutions.

I’m not experienced at all when it comes to negotiating with builders, but Kim has been there at each step, to have her say and help me re-negotiate certain aspects of the build where I’ve needed to.

Seeing everything come together so well has been a joy and a source of great pride, too, not to mention complete justification for my decision to join Platinum.

We’re at the point now where all plastering is complete, and carpentry and joinery are on track. Doors are going in and showers are all built.

The next stage will be to get the flooring in so the plumber can start on the sanitary ware.

It’s interesting because I’ve realised, when writing these blogs, just how much thought goes into every single element of HMO renovation and investment – even down to the smaller decisions on things like sanitary ware and storage.

One great example of that is in the communal bathroom where each housemate needs their own shelf to store things.

It might not seem like a major decision in the grand scheme of things, but it’s actually one of huge importance and one that would also be very easy to forget without a refurb mentor as experienced and on the ball as Kim.

As well as Kim’s counsel, another amazingly helpful thing for me has been going on to the Platinum Franchise Partner forum.

Buying things like fridge freezers even requires additional thought because it’s easy to forget you’re buying for six people and the advice and thoughts of Franchise Partners on the forum, who’ve been there and done it, is so valuable.

WiFi is another hugely important feature of the modern HMO – even more so now, with many more potential housemates needing to work comfortably from home.

The person has been to look at the house and picked which room he wants and being able to see what we’re doing with the property really excited him.

He’s picked a room with an outdoor terrace area, which is ideal for him as a personal trainer. The room doesn’t have an en-suite, but it’s all about providing what individual people need.

He doesn’t need an en-suite, but the outdoor space is perfect for him to do a HIIT circuit or some weight training in the mornings and it was that space that really excited him when he came to see the house.

It’s a lovely feeling to know that one room has gone, not just because it’s some guaranteed income but because it gives me extra confidence that what we’re doing with the property is right.

I think the current situation with the job market and the uncertainty in certain sectors will mean that the rooms will go quickly and I really hope the property can provide some security to housemates.

There are a lot of sales-based roles where we are in Poole and I think a lot of people in those jobs, perhaps earning less commission in the current market, are re-thinking and looking to rent rooms rather than a flat where they have all their bills on top of their rent payment.

By renting a room in our HMO, they know that what they pay is what they pay. Every month, everything is included, including their WiFi, so it’s a great package for people who are perhaps feeling less secure in their jobs at the moment.

We’ll also have a weekly cleaner and a gardener included, which actually makes me want to live there myself!

The marketing side of a modern HMO

I know from my work at Platinum that the biggest worries Franchise Partners often have are not things like bringing their refurb in on budget or concerns over planning issues, but whether they’ll be able to sell their rooms quickly.

That’s testament, of course, to all the support they get from the head office team and their coaches and mentors when it comes to key decision-making areas like budgets and planning.

They’re guided and supported when it comes to marketing their rooms as well, but I guess that side of HMO investment is the bit that perhaps feels a little more out of their control.

That worry about getting housemates through the door hasn’t come to me, though, and I don’t think it will because I know if I was 10 or 15 years younger, with no children, I’d want to live in my HMO.

I said I wasn’t going to do this, but I’m already starting to look at other houses.

When I initially set out on this journey, I had planned to do this house and get the rooms sold and then take a bit of a break before looking for house number two.

It’s obviously been a really crazy year for all of us, but working full-time and looking after two children as well as doing this first HMO during a global pandemic has been full-on for me personally.

Once you start working with the mentors and you start to see things progress and really start coming to life, though, it’s almost addictive.

Part of that addiction, if you like, is the involvement of other people, from the head office team and my mentors to all the other Franchise Partners on the online forum.

I firmly believe most of the stress in property investment comes from doing it on your own and having nobody to support you. Having great people alongside you, like I have, really takes the stress out of doing property and makes you want to do it more.

I think if I’d been doing it on my own it would have taken me a long time to make decisions on things.

But because I have such experienced and knowledgeable people around me, supporting me, I’ve made some really big decisions in five minutes flat – because I trust the advice I’m being given.

It really is priceless and, although I’m paid by Platinum to sell the franchise so, yes, I would say these things, I really mean them. It’s my Franchise Partner head talking rather than my sales head.

As well as the team I’ve been working with on the project, it’s also been a real family affair to get this first house to the point to within touching distance of being ready.

Taking the children on site visits and seeing their reactions to everything changing each week has been lovely. The input from my husband John and auntie Sue has been invaluable.

So close to launch

Completing this first HMO feels so close now and the six-week estimation until we’re ready to welcome our first housemates is a perfectly achievable timeframe.

The next steps are ordering the furniture, which again is an area where I’m getting so much benefit from being part of the franchise.

Platinum works with a partner company that kits out entire properties for Franchise Partners and, as HMO specialists, everything they make is really hard wearing and long-lasting, which is hugely cost-effective.

It’s stylish, too, and anyone who has seen images of my fellow Franchise Partners’ HMOs will know they’re always beautifully designed.

Even more importantly than all that, though, this particular company arrives and sets everything up, too, and that’s of huge value.

I mean who wants to be constructing flat-pack furniture for a six-bedroom house? It would take me a week to get everything done!

When I write again, I hope to have news of our first housemates arriving in their new home.

I’ll also talk a little more about the compliance and licensing guidance I’ve had from Platinum as that, too, is another hugely important area of HMO investment.

Until then, stay safe and continue to look after yourselves and others.

Start your own journey into HMO's and property development with Platinum Property Partners who are actively recruiting franchisees across the UK!