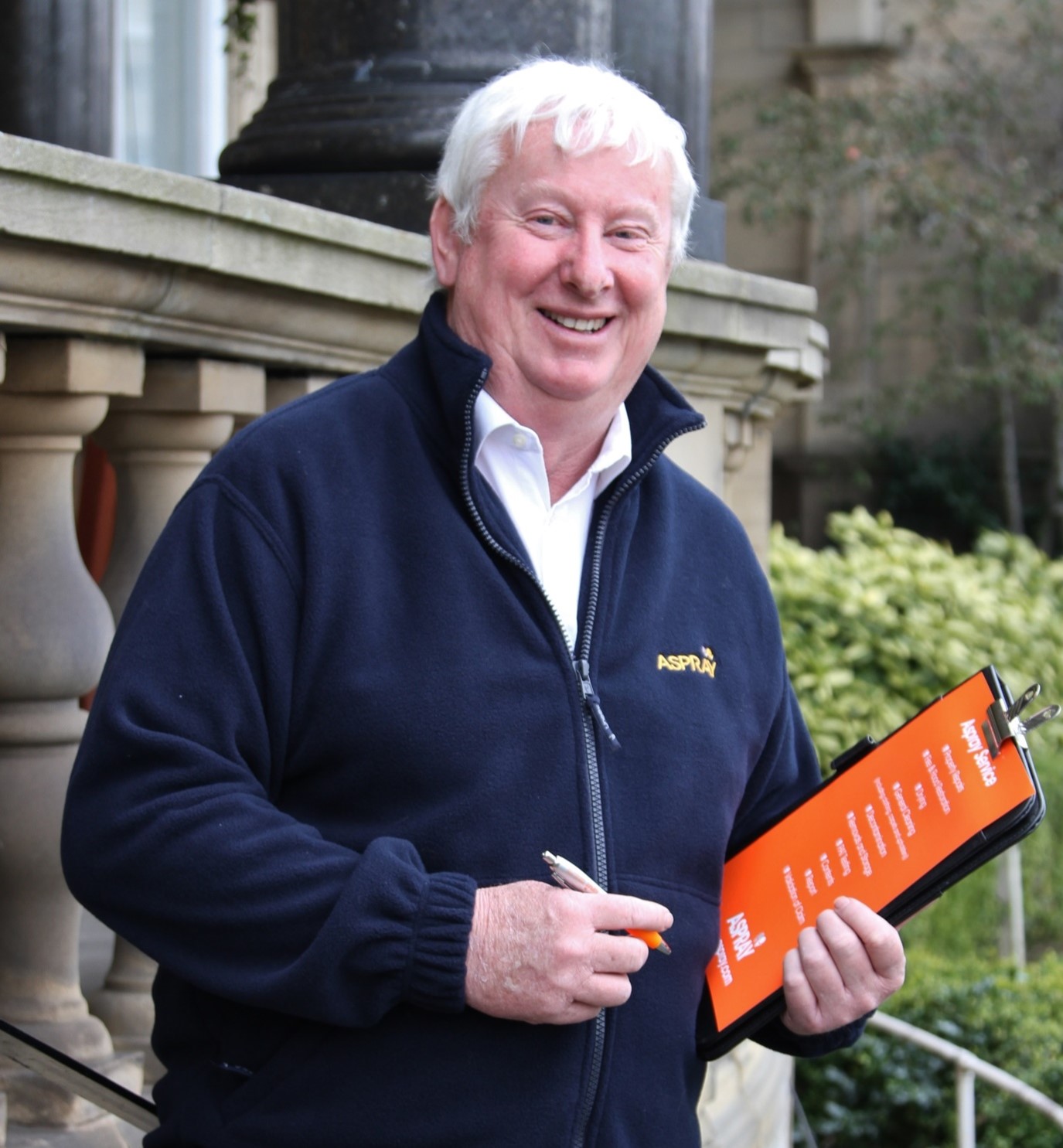 No Aspray franchisee has been a part of the network for longer than Phil Bray, 13 years and counting! Phil has seen how Aspray has developed, gone through hardships, re-structured, improved, re-positioned but most importantly, stood the test of time.

If there’s one thing to take away from Phil’s story, it’s that Aspray is not only robust but is committed to moving with the times and growing in all aspects, and Phil’s seen all its transitions.

Business model aside; it’s the focus on the customer that attracted Phil.

Phil Bray operated his own import/export business that dealt in perfumes, lotions, sprays, and other toiletries. This developed his business acumen before working with his brother to fix and install kitchens and bathrooms. Both these experiences came together when coming across the Aspray franchise opportunity.

But as much as the opportunity matched his skillset, it matched something more intrinsic for Phil.

Knowing the devastating effect that property damage can have on a person’s emotional wellbeing and the turbulence that can arise as a result of making a claim, Phil really wanted to get involved with customers and do something positive in his local community.

The customer is at the centre of Aspray, and always has been. The franchise is now at a period of growth where it is being recognised for commitment to policyholders, having recently been awarded ‘Outstanding Services to the Policyholder’ at the British Claims Awards for two years running.

Though these awards were presented in 2021 and 2022, Phill recognised in 2008 the passion that the company had for helping people and has delivered the Aspray service to customers with exceptional integrity and pride.

Always one for banter, Phil won’t mind the playful sentiment we have used, which he mentioned himself on our Franchisee Focus video series.

Phil came to the network with a wealth of experience that he could lend on to our then freshly faced Head Office staff, support roles and other franchisees in the network.

But with the rise of the technology available when managing a claim, from new forms of drying to how satisfaction notes are signed off, and the introduction of online marketing, Phil required the necessary training to keep up in the industry.

Aspray has managed to organise itself to try and be one step ahead with emerging technologies and strategies so that new training systems can be deployed and support roles created at Head Office. The result: a franchisee that has been around for 13 years is as sharp as ever when it comes to running a modern business.

A special member of the network

Just the mention of Phil Bray at Aspray’s Head Office puts a smile on the faces of all members of the team. As all of Aspray’s franchisees are encouraged and welcome to do, Phil calls Head Office on a regularly basis. Whether it’s for an update, a request of support, it’s done so with charm and ‘a bit of banter’ as Phil would put it.

Phil represents the genuine connections that are made in our franchise, that forms the basis of a good working relationship between franchisor and franchisee.

The Aspray profile outlines all aspects of their franchise opportunity and allows you to contact them for further information or to ask a question.