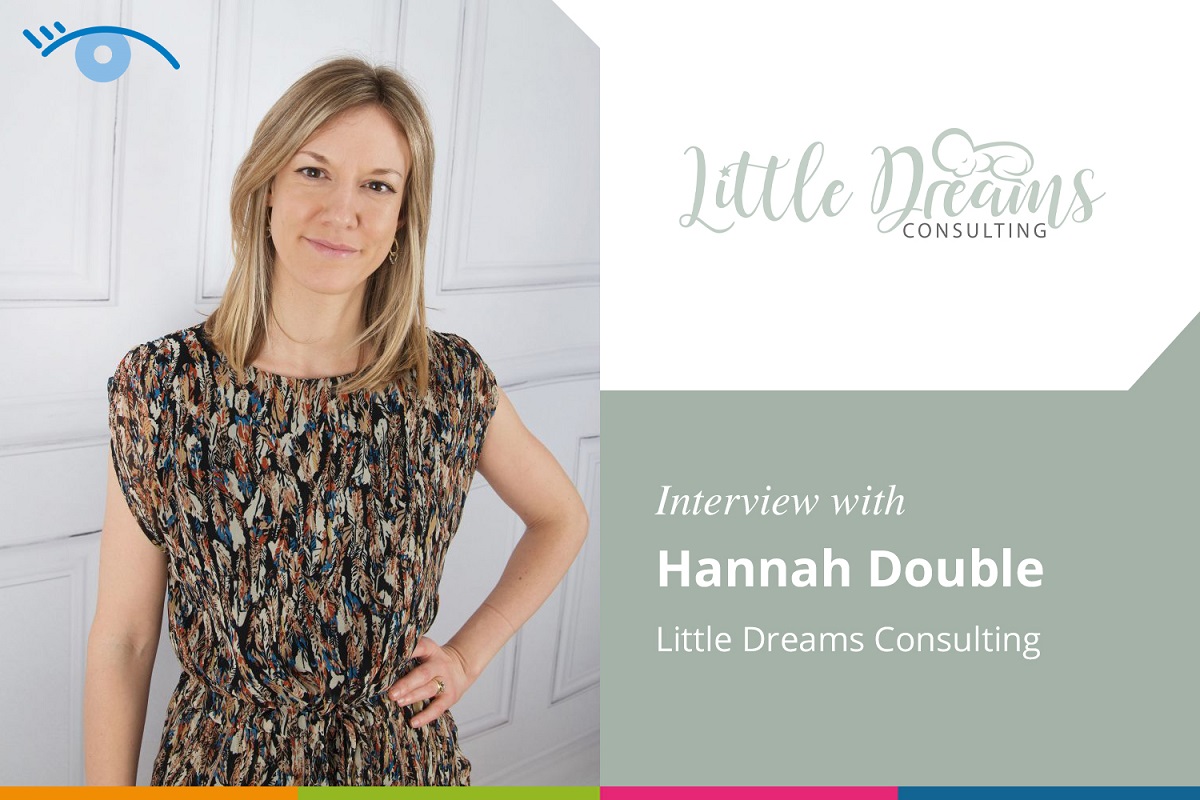 After almost a decade spent in childcare and education, supporting families across the UK, the time came for Hannah Double to take control of her own destiny. With plans to start a family of her own, she needed a business that would be totally flexible and offer the same satisfaction and lifestyle she had come to know and love. That opportunity came in the form of a brand-new franchise at the time - Little Dreams Consulting. Now, six months after launching her baby sleep consultancy in Devon and Cornwall, Hannah is celebrating the start of a new life… quite literally.

“I had always wanted to go down the route of being my own boss, though I realise now it would have been near on impossible to do it alone. There’s so much that goes into setting up a business but with the franchise, everything is mapped out and tied up in a neat little bow. All the trial and error, nitty gritty of how to package and market and deliver the service, what systems to use and even the branding has been worked out for you. So, you get to plough 100% of your energy and time into your local market and getting the business up and running with everything in place from day one. Not to mention the support from a team who have been there and done it all before you. It’s been the perfect opportunity for me!”

Not long after completing teacher training at Birmingham City University, Hannah’s husband, Jack, was seconded to Scotland. When it transpired that her qualification wasn’t easily transferable, she was forced to rethink her options and, on the advice of a friend, took up a position as a Nanny. When the couple left Aberdeen 18 months later, they settled in Bristol, a halfway point between both sets of families. Though her initial plan had been to return to teaching when she came back to England, Hannah had fallen completely in love with nannying! She found herself financially better off and enjoyed being able to build stronger connections with children than she ever could as a teacher.

Seven years later and Hannah was still thriving as a professional Nanny. But she had noticed that parent’s requirements were changing, slowly at first but then with more pace and demand. With a natural thirst for knowledge, Hannah retrained whilst on the job, and a new career began to take shape in front of her.

“The more time went on, the more parents expected me to know about and advise them on baby sleep. I didn’t like not having the answers so, I started doing my own research and putting myself through whatever training I could find. Frustratingly, these courses never seemed to give me enough information or knowledge, even the more in-depth ones! They all took quite polarising stances which made it difficult to find anything that I would have called factual. There was lots of general theory, but my gut told me then, and I know now from experience, that in practice you really need a team to work with. There are so many extenuating factors that can impact on sleep, these online courses just do not prepare you for the real world.

“I continued for a little while giving the best advice I could to my families, but sleep ended up being most parent’s primary driver. That led me to the decision that I would shift my focus full time into sleep consultancy. I already knew of Little Dreams Consulting and the amazing reputation that they had in and around Bristol so, at first, I reached out to them and asked for a job!”

Unbeknownst to Hannah, when her application landed, co-founders, Jenna Wilson and Fay Smith, were weeks away from officially launching the franchise opportunity.

“After weeks of discussion and what must have seemed like hundreds of questions, to my complete shock – and delight! – they offered me the opportunity to become one of the first Little Dreams Consulting franchisees. My husband and I were already planning a move to Cornwall to be closer to family and it all came together in this amazing opportunity that seemed too good to be true.”

“My decision to join boiled down to the fact that I just couldn’t take the risk of not being the franchisee for Devon and Cornwall. I knew how good the business was, that meant others would see it too. What if someone else wanted that territory after the official launch of the franchise? It had to be me!”

Like all new franchisees, Hannah undertook an in-depth training syllabus which includes a three-day Sleep Practitioner training course with The Sleep Charity (UK) as well as a bespoke programme designed and delivered by the Little Dreams Consulting team. This mix of classroom and virtual training empowers franchisees with the skills, knowledge and confidence to run a successful sleep consultancy. Then, for the first 12 months of the business, a weekly support schedule ensures franchisees receive one-to-one time with both Jenna and Fay. From in-territory mentoring and roundtable workshops to specialist refresher courses and customer shadowing.

“The training from head office was brilliant. Jenna and Fay and the Little Dreams team have such a breadth of knowledge and experience – you can’t ever speak to them without learning something new! For me, whilst the training was great, it’s been the support since that has been invaluable. The amount of time and effort that Jenna and Fay invest into my business is outstanding. They really, genuinely want me to be successful.”

Hannah launched Little Dreams Consulting Devon and Cornwall in February 2022. Now, as she looks to the future, she has more than one reason to be excited!

“My future looks bright for so many reasons – as well as being at the start of my new business journey, I’m also about to become a mummy for the first time! That’s the beauty of the franchise, it offers me complete flexibility and will allow me to have the best of both worlds. My most popular time of day for calls is already 8pm so, clearly, this level of flexibility works well for customers too.

“My long-term plan is to build a team of staff around me and replicate the success of the Bristol office. Obviously, you have to work hard, put in the effort and do the marketing but even now, I can really see my business growing a lot – even just this week I’ve had very positive consultations with another three prospective clients. It’s all very exciting.”

Interested and want to know more about Little Dreams Consulting?