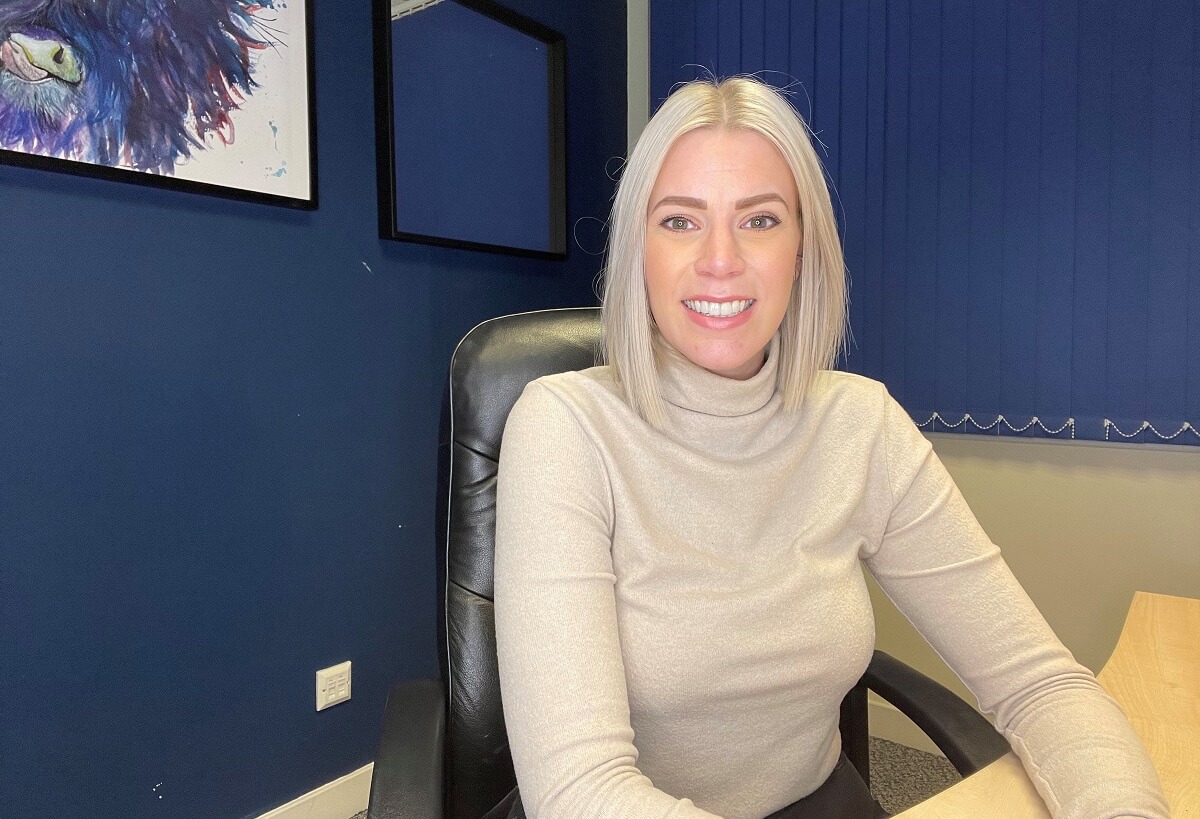 “Being part of a franchise network is the best of both worlds... I get to make my own decisions about the business and yet we are part of this massive network made up of the very supportive franchisor, directors and staff, as well as the other franchisees.”

Hannah Campbell joined TaxAssist Accountants in 2014 when she was 24. Here she shares her inspiring journey working her way up from Assistant Practice Manager to Franchisee, operating in Dalkeith, Leith, Fairmilehead and Musselburgh in Scotland, all before the age of 30.

"I joined an IT company as an admin assistant straight from high school and shortly after they started me on a bookkeeping course which led to my AAT qualification and then ACCA. I progressed with this company over six years and ended up being Assistant Accounting Manager for EMEA, until in 2014 I was made redundant following the company’s acquisition by and subsequent merger with Dell.

"While preparing my CV and deciding what to do next, I heard from a friend about an opportunity at TaxAssist, local to me, who were looking for a Practice Manager. I was initially unsure as I was reluctant to move from Industry into Practice, believing there would be more opportunities for development and progression in Industry. That being said, I also didn’t want to turn down the opportunity that was in front of me, so I asked for more information on the position and went along for an initial chat with the franchisee Alasdair MacLean. It seemed like this could be a good fit for me and Alasdair explained all of the advantages of being part of a franchise including ongoing training opportunities, the technical helpdesk and being part of a large network to learn from, so we had a follow up meeting and I accepted the offer to come and work at TaxAssist.

"There were some initial concerns about my lack of Practice experience so I was given the job title of ‘Assistant Practice Manager’ to start off with, until I had completed some initial training courses and got my teeth into the role. I was assured there would be no barriers put in the way of my progression.

"I quickly adapted to the role and started getting to know our clients and their businesses, and really enjoyed the variety – no day was the ever the same! I particularly enjoyed learning from Alasdair about how he ran the business.

"Alasdair’s goal when he started the business was always to create an asset, in order to fund his retirement, and there had been a casual conversation where I was asked if I might be interested in buying into the business in the future. I said yes, I potentially would be, but that I didn’t have that sort of money and couldn’t see me being able to raise it.

"In 2015 Alasdair began looking for a senior accountant who could join the business as a Partner with a view to buying him out. He involved me in the process, and I would speak to the recruitment agency about candidates and take part in the interviews. From the discussions taking place in the interviews, I started to feel as though this person was going to come in and start taking over, telling me how to do my job and so I discussed my concerns with Alasdair. He said if I was serious about things then we could start the ball rolling on a management buyout, and so we began the process of speaking to banks, lawyers and tax advisors to see how to go about things.

"The business borrowed the money to fund the buyout, using the strength of the TaxAssist franchise model and our successful trading history to support the lending application. There was an agreement put in writing that there would be an option to purchase the rest of the business at the same share price as the initial purchase – meaning I could continue growing the business without ending up having to pay more for the growth I had created. This option to purchase at the agreed price kicked in five years after the initial deal and lasts for three years, which I felt was very fair.

"After the first stage of the buyout, Alasdair was no longer involved in the day to day running of the business and became more of a silent partner – I send him regular reports on the business performance and we have a monthly KPI review and a quarterly board meeting. Apart from that he really does leave me to get on with running the business, but has been there to provide any advice or guidance when I have needed it.

"I would say the biggest change I have made since becoming a franchisee has been the team culture. When I first joined TaxAssist, people saw the practice as a stepping stone where they could gain experience before moving on to a bigger company. Now, we have a really great team and culture, my staff know there are training and career progression opportunities for them if they work hard, and I am supporting multiple employees through their AAT and ACCA studies.

"For me, being part of a franchise network is the best of both worlds. We are a small business so can relate and empathise with our customers, I get to make my own decisions about the business and yet we are part of this massive network made up of the very supportive franchisor, directors and staff, as well as all of the other franchisees. I love getting ideas and sharing best practices with the other franchisees and being able to help others with any advice I can share.

"I am now in the process of finalising my business plan and cashflow forecast for the next five years in order to go to the bank with a new borrowing proposal for the purchase of the rest of Alasdair’s shares. Initial discussions with the bank regarding this have been positive, given the strong trading history since I became a shareholder, and I have the support of the franchisor behind me to help me with this process, which is invaluable.

"After I buy the rest of the business from Alasdair, my next goals will be to get the business to £1m turnover and to open a 5th shop location."