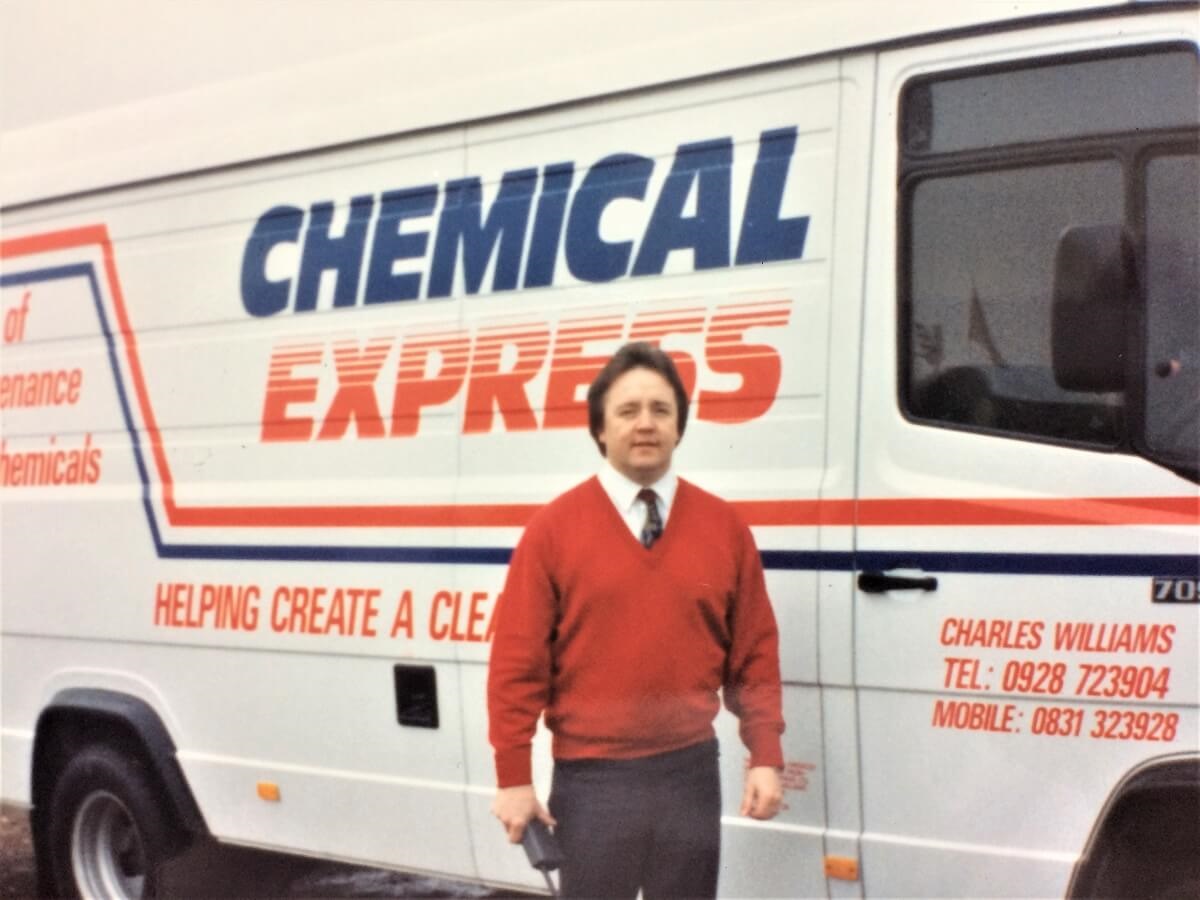 With the average span of time spent in a franchise across the industry being 8.5 years, Chemex International will be celebrating one franchisee’s journey of a lifetime through three decades from the late Eighties to his contract renewal this month.

It’s 1989 and tumultuous world events are unfolding with Britain in the Thatcher era, the Tiananmen Square uprising and the fall of the Berlin Wall. With the world changing a young dairy herdsman reading the Daily Mail also spots a piece on franchising with Chemical Express (Chemex). Charles Williams is looking to control his own future after starting his working life on a farm milking and rearing the young livestock in a 92 strong dairy herd. With farming changing, he no longer sees a future in the industry where he worked long days on a small income. Being prepared for the hard work of building his own business, franchise contracts were signed on 17th May 1989.

Training was far from the all-inclusive pattern for today’s franchise partners, and just consisted of three days product initiation, a short review and then being sent out into the field to meet potential customers. With absolutely no sales experience but a strong work ethic, Charles achieved numerous targets. The first and as he says, the most difficult, was breaking even whilst learning a new business. However, this was quickly overcome, and he built his turnover to the point where employing staff became the logical next step. Marrying his partner Donna – who helps in the operation – and employing his brother gave Charles the security of running a family business which generated the financial returns he needed.

A finalist in the bfa Franchisee of the Year awards in 1997 was fine recognition for his business, and as the winner of the Chemex “Dreams Come True” competition based on sales growth, he realised a childhood dream of a holiday to New Zealand.

“Charles is now a well-respected elder statesman in the Chemex network. He is the first of a fistful of franchisees reaching their 20 to 30-year anniversaries and epitomises what franchising within a solid system can bring to the lives of determined and enthusiastic franchise partners. Thirty years of self-determination, a lifestyle that has raised a family and an asset he continues to build. He can reliably advise any of our new starters that hard work and perseverance really do pay off.”

In Charles own words:

“I can honestly say that taking the franchise with Chemex has been the best thing I have done in my life.”

To start your own journey into franchising with Chemex, learn more here!

The Chemex profile outlines all aspects of their franchise opportunity and allows you to contact them for further information or to ask a question.