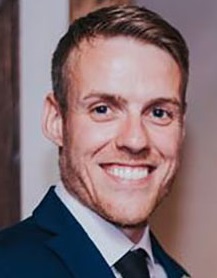 Adrian Knight comes from a corporate recruitment background where he previously lead the talent acquisition for a global technology across Europe, Middle East and Africa. Combining franchising with his love of helping others advance their careers, Adrian now helps corporate professionals transition out of corporate life into franchise business ownership.

Emily Price QFP is the Operations Manager at the British Franchise Association (bfa) and is responsible for the strategic development of both membership recruitment and member services. During the past 3 years Emily has worked with numerous franchisors, ranging from start-ups to established International brands to understand their business models, support the accreditation of these and identify opportunities for development. Emily would be delighted to answer any questions you may have about the British Franchise Association and becoming a member.

Chris Roberts QFP is a highly experienced business consultant with a successful track record in banking, creating business plans and delivering financial training. Chris and the team at Franchise Finance have supported thousands of franchisees to set up and prosper in business. Franchise Finance Ltd has exclusive access to a Â£50M franchise fund, as well as a wider panel of diverse lenders that can be accessed to provide the best possible outcome for applicants. The team has a 95%+ success rate in arranging the necessary finance for their clients.

Richard Holden is Head of Franchising for Lloyds Bank. He has 32 years banking experience and has supported a wide range of businesses in the small business sector for many years. He is responsible for providing support to the Lloyds Bank Business Managers, assisting them in assessing proposals from prospective franchisees. He is also responsible for ensuring that the network of local business managers has up to date information on the franchise systems operating within the United Kingdom.

Nick Williams is an experienced national and international franchise development consultant, having worked in the UK franchise industry for over 15 years. He is a longstanding advocate of ethical franchising practices and with Ashtons Franchise he helps to educate business owners and the public about franchising across the globe. Nick and his team of franchise specialists have over 35 yearsâ€™ experience in assisting hundreds of business to expand and grow through franchising. We have worked with companies of all sizes from all sectors.

Brian is a recognised leader in the franchise industry, both in the UK and around the world. He writes regularly for the UK franchising and business media and has presented at many seminars and workshops, including those arranged for The Institute of Directors, The Confederation of British Industry, The British Franchise Association, The International Franchise Association and British Franchise Exhibitions. Internationally, he writes regular features for franchising magazines in the USA, Europe, Australia and India and has spoken at several franchise conferences on five continents. His writings include the widely respected book â€œHow to Turn Your Business into The Next Global Brand â€“ Creating and Managing a Franchised Networkâ€�. Brian and his team have always prided themselves on being practitioners rather than theorists and are dedicated to helping clients achieve their business objectives.
Top