Avoiding liability for the actions of your franchisees 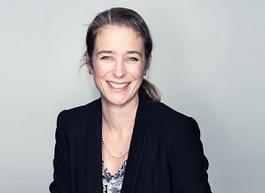 The extent to which a franchisor can be held responsible for the acts and failures of its franchisees is of crucial importance in a franchising context.

A franchise is sold on the basis that a franchisee will be operating his own independent business, albeit under the relevant controls of the franchise system. A franchisor does not expect to then be liable for the franchisee’s actions and will usually be keen to distance itself from its franchisee’s business.

Most franchise agreements go to some length to emphasise the fact that the franchised business is an independent business and the franchisee is not a partner, agent, or employee of the franchisor. Despite such statements however, there may well be circumstances where a franchisor could be held liable for the actions of its franchisee.

In nearly every case such liability will hinge on how much control the franchisor actually holds over its franchisee in practice.

It is a basic premise of franchising that the franchisor must retain some control over the use of its name, goods or services, but the extent of this control must be carefully considered. No matter what an agreement says, the true nature of the working relationship between the franchisor and franchisee will be scrutinised to see if it goes beyond that stated in the agreement.

The main ways in which a franchisor could be held liable for its franchisees’ actions are as follows.

This is not always easy to prove and generally in the normal course of operating a franchise a franchisee will not be seen as an agent of a franchisor.

In order for this argument to be successful the franchisor must be shown to have undertaken some action which misled the third party, for example, a representation. A franchisor therefore needs to be extremely cautious about any representations that it makes.

It is arguable, however, that the use of the franchisor’s intellectual property and trade name is in itself sufficient to create an agency by estoppel. With many franchise outlets the public are usually completely unaware that they are operated under franchise and assume that they are all part of the same trading entity. This point has, however yet to be definitively decided by the English courts.