Can you break a franchise agreement once you’ve signed it? 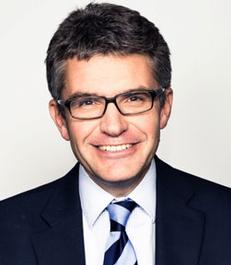 Ask a legal expert a question...

In this exclusive article, Andrew Quick, Partner at Stevens & Bolton LLP, looks at the different scenarios where a franchisee may be able to walk away from a contract.

The strict answer to this question is yes you can, but only in certain circumstances will it be lawful and not cost you money to do it.

The amount of that liability will be the amount necessary to put the other party into the position they would have been in if you had complied with the contract terms.

So, for example, if you are a franchisee and you decide to team up with another franchisor 3 months into a 5 year agreement with your current franchisor, and a monthly management service fee would have been payable under that agreement, you will be liable to pay an amount equivalent to the aggregate monthly service fees which the current franchisee can show would have been payable had you stayed.

Examples of where the agreement may allow you to do so include on the expiry of a fixed term, or on the giving of a minimum period of notice, or on the happening of a specified event. You will need to ensure that any notices required by the agreement are provided strictly in accordance with its terms.

There are two scenarios where the other party’s conduct may enable you to walk away from a contract.

First, where the other party has failed to comply with an obligation, performance of which is deemed, either by the general law or by the parties, to be so fundamental to the bargain that the non-defaulting party should be allowed to terminate the contract if it is not complied with.

Secondly, where that party’s conduct is entirely inconsistent with any acceptance on its part that it is bound by the contract’s terms such that it is deemed to have “repudiated” the contract, as a result of which the innocent party is able to treat the contract as terminated.

Although it will be unlawful to break a contract by walking away from it other than in the circumstances described above, it may still make commercial sense to do so. If the other party would be unable to show that it would have been better off financially if you had adhered to the terms of the contract, there will be no liability to pay damages and therefore there will in practice be nothing the other party can do about it. In a franchise relationship, such situations are difficult to envisage and any decision to walk away on this basis should only be taken with the benefit of formal legal advice.”