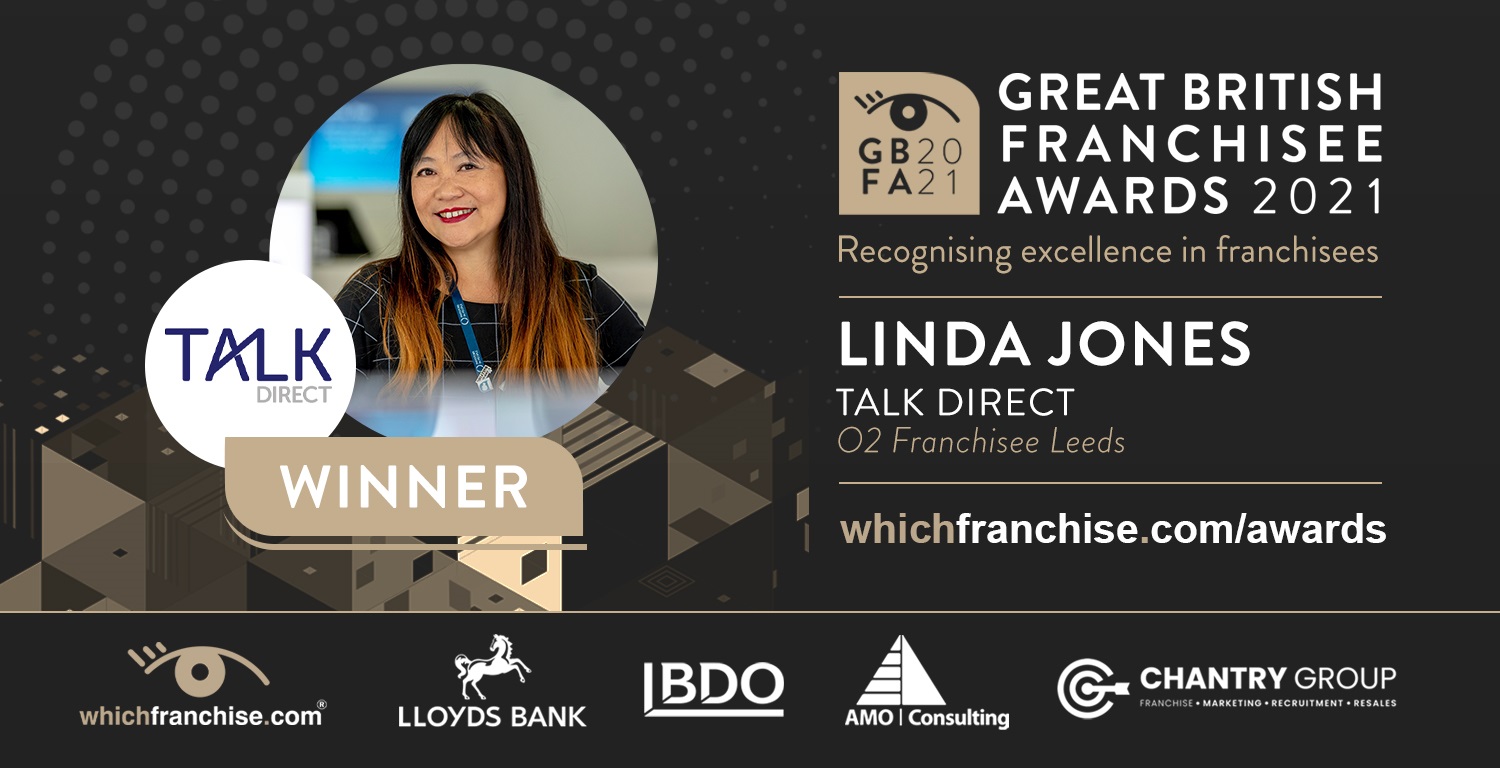 Deputy Manager, Mark Skelton, losing his eyesight inspired a corporate vision that’s helping countless disabled people get more out of their mobile phones - as well as winning a Great British Franchisee Award for the owner of Talk Direct Leeds.

Mark had just got married and bought a house, but his eyesight was deteriorating rapidly due to diabetes, and he feared he’d face financial disaster as he could no longer do his job.

“How do you deal with that as an employer,” asks Linda Jones, MD of Talk Direct Leeds, which has 16 O2-branded shops in Yorkshire.

“The easy option would have been to make him redundant, but we realised being visually impaired is a common thing that affects about one in 30 people.

“So we offered him a new job and helped him turn his disability into a capability and an opportunity.

“He didn’t even know another visually impaired person, so we asked him to find people like him who needed our help.

“Mark suggested an initiative called Project iCare and even came up with the name. He discovered how much technology can help you use your phone to get your independence back, and he’s been helping our customers with it ever since.

“News of that spread through word-of-mouth and media coverage, and we now train all our staff in it so they can help people with visually impairment.

“Then O2 corporate asked us to train some of their staff in their flagship stores, so visually impaired phone users all over the country are benefiting from his idea.”

“I’m really honoured we’ve won, especially after the year we’ve had,” she says. “A lot of people don’t even know we’re a franchised business!”

• Read more about the awards at https://www.whichfranchise.com/awards

• For over 25 years, whichfranchise has promoted ethical franchise opportunities in the UK. Learn more at https://www.whichfranchise.com/