How to start your own Co-op Franchise 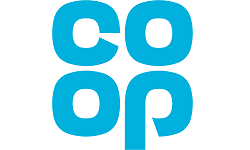 The Co-op is a new contender in the retail franchise industry. After 175 years of operation, the Co-op has decided to franchise its supermarket chain to independent retailers.

The Co-op franchise will help meet their objective of increasing the number of Co-op stores UK wide; they already are committed to opening 100 company-owned stores in 2019.

The Co-operative Group is one of the worldâs largest consumer co-operatives, owned by millions of members. Itâs the UKâs fifth biggest food retailer with more than 2,500 local, convenience and medium-sized stores.

The groupâs origins date back to 1844 when it was started by the Rochdale Pioneers. Today the Co-operative employs nearly 70,000 people and is a recognised leader for its social goals and community led programmes. It exists to meet membersâ needs and stand up for the things they believe in.

The Co-op unveiled its plans to develop franchise stores, after trialling their franchise model for over a year. Its franchised outlets will provide shoppers with the same access to the Co-opâs membership scheme and its benefits.

Co-op franchisees will have access to a full-service model and will receive the support, tools and training to enable them to grow their business with Co-op.

The Co-op is looking for independent retailers share the Co-op values and principles to join the Co-op franchise.