Be your own Boss with No Letting Go franchise 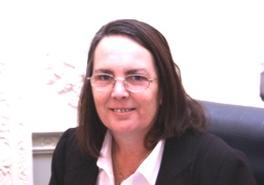 As a successful regional administrator for an estate agency franchise, Ann Ennis already had a good grasp of the workings of both the property and franchise industries prior to joining the No Letting Go network. Her previous employment had brought her into direct contact with Nick Lyons, managing director of No Letting Go and she had been secretly tracking the success of Nick’s new venture whilst working as an administrator.
When rumours of a potential redundancy first surfaced, Ann made up her mind that she wanted to run her own business rather than seek out alterative employment. Ann was no stranger to ‘being her own boss’ having previously run her own property management business undertaking a wide range of assignments for the London Borough of Hackney.
Synchronicity is a word that springs to mind for the events that followed confirmation of Ann’s redundancy. The No Letting Go franchise was going from strength to strength, Ann’s prior business dealings with Nick and his operations director Adrian meant that she already felt comfortable working with them both and had total faith in their ability to maintain the growth and success of No Letting Go. And Ann wanted to start her own business in North London which had been identified as a potential new territory for No Letting Go. Here was a golden opportunity that was too good to pass up and it took literally one month between Ann expressing an interest in the franchise and signing the paperwork before she was the proud owner of No Letting Go Walthamstow.
In just three months Ann has developed a thriving business “I’ve no regrets whatsoever and of course I am very relieved that things have turned out even better than I thought they would” comments Ann, “the advice and support from head office has been brilliant, I know there is always someone at the end of the phone who can help me with difficult business decisions, and far from feeling ‘big brother’ is watching over me waiting to pull me up on a mistake, I know the team is willing me to succeed and are with me every step of the way – yet I never feel like an employee and this is still very much my own business” continues Ann.
With such an established background in the property sector there were no surprises for Ann in terms of the day to day running of the company, but even Ann was staggered to find out during her extensive training, that there was so much detail entailed in creating the exemplary standard of inventory pioneered by No Letting Go. Armed with her new found knowledge of the inventory sector, Ann found the best way to develop new business was cold calling backed up by one to one visits. “Although I was fortunate to secure a sizeable chunk of work through the preferred supplier deals set up by head office, I am conscious of the need not to ‘place all my eggs in one basket’” says Ann. “I’ve found literally walking around my territory and visiting all the agents in the area to gauge their reaction to the No Letting Go offering – whilst assessing the competition at the same time - has proved to be a valuable investment of time and energy” adds Ann.
Having made such an early success of the business, the future certainly looks bright for this determined franchisee and in time Ann already has her sights set on extending the territory and bringing in additional inventory clerk support. Watch this space!