CHOPPALUNA PLANS TO OPEN NEW RESTAURANT IN GLASGOW IN 2022 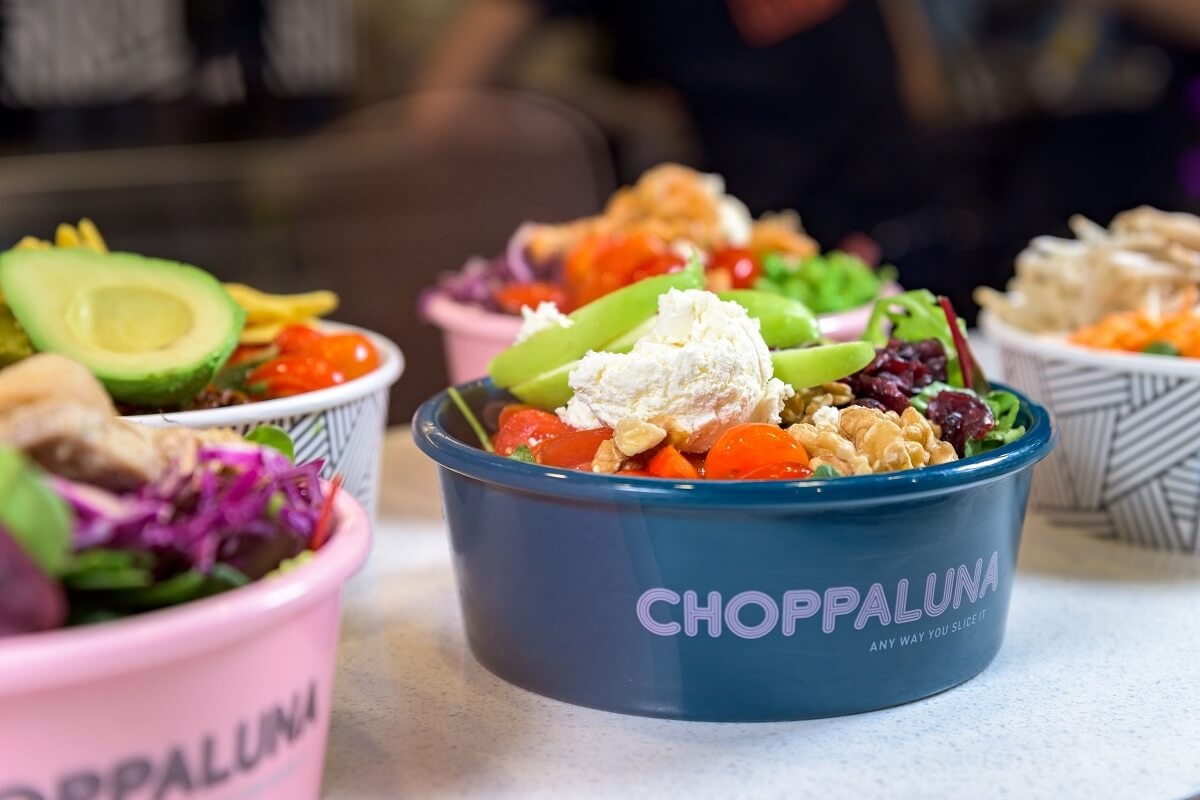 Choppaluna has officially announced plans to open its first restaurant in Glasgow City Centre in 2022.

The fast, fresh, food-to-go and dine-in brand is the latest concept to come from the Hero Brands group, which also includes German Doner Kebab and Island Poké.

Following the success of its London Bloomsbury and Berlin restaurants over the past two years, the brand is set to open its new restaurant at the old Via Italia site on Union street’s iconic corner close to Glasgow Central Station.

Other locations include London High Holborn, scheduled to open in Q1 of this year, along with Edinburgh, Manchester, Oxford, Birmingham and Cambridge following later in the year with further locations to be announced.

Choppaluna is here to show that salads don’t have to be boring and to bring customers a guilt-free indulgent menu which also includes vegetarian and vegan options and a huge choice of superfoods morning, noon and night, including delivery.

The vibrant experience allows customers to choose from over 60 fresh toppings before watching the brand’s talented team chop live in front of their eyes.

Co-founder Nikras Agha, who conceived the idea for Choppaluna with his Co-Founder Bijan Azadfard, said: “We are excited to be launching a new restaurant in Glasgow, bringing our super-delicious, healthy dining experience of guilt-free indulgence to Scotland.”

“Choppaluna will truly revolutionise the healthy eating space in the city, bringing people indulgent healthy options that fit with a fast-paced on-the-go lifestyle.

“It is particularly pleasing to forge ahead with plans to open a new restaurant in Glasgow so quickly after the launch of our first restaurant in London Bloomsbury in October 2020, and in my hometown of Berlin last year,  it’s a huge achievement for our team.

“The opportunity is truly resonating with our franchise network within the Hero Brands group and we will work with them to explore opportunities for further growth throughout the UK,” he added.

Hero Brands is focused on building the food brands of the future and brings a leadership team assembled from the world’s leading global food and beverage brands.

Its portfolio includes German Doner Kebab which has revolutionised the kebab in the UK and is now forging ahead with expansion plans in the UK and global growth regions including North America, Europe and the Middle East, with 700 franchises already signed-up to its global growth strategy.

It also includes Island Poké, the UK’s leading Poké operator which now has 18 Islands across London and nine in France. The full estate also includes four dark kitchens across London with further plans to open 23 new Islands over the next five years, which will treble its current UK footprint.

Athif Sarwar, Hero Brands CEO, said: “Hero Brands is responding to emerging consumer trends and focused on growing the brands of the future.

“Eating-out is changing and younger consumers are demanding a shorter dwell time, great-tasting healthier food and an aspirational experience that is shareable on their social channels.

“Choppaluna responds to this trend and we worked very closely with Nikras and Bijan to develop the brand and a proposition that truly disrupts the healthy eating space.

“Expanding into Scotland is a huge moment for them both and we will now give them unrivalled industry expertise as they forge ahead with their growth ambitions.”

The Choppaluna profile outlines all aspects of their franchise opportunity and allows you to contact them for further information or to ask a question.