Subway? Donates Over A Quarter of a Million Subs to Front-line Key Workers 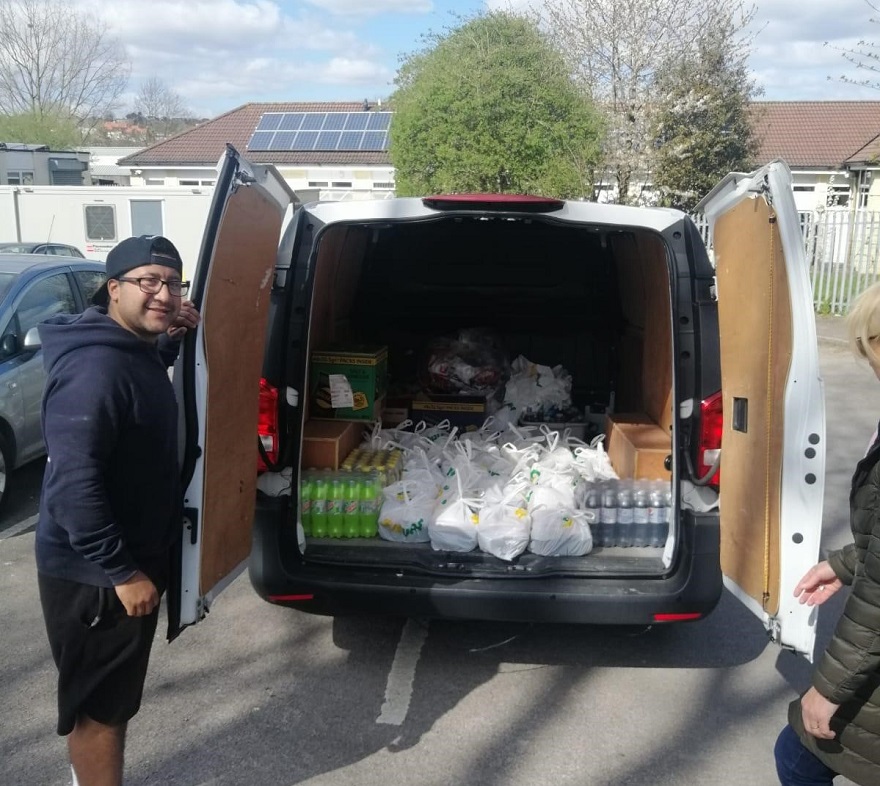 Subway® stores throughout the UK and Ireland are helping to keep thousands of NHS, emergency service and care home staff fed during the Covid-19 pandemic. Since the temporary closure of Subway stores, in support of social distancing, over 250,000 Subs, salads and wraps have been donated by Franchise Owners to frontline workers within their local communities.

Along with cookies, pastries and other perishable ingredients, the brand’s dedicated Franchise Owners and Sandwich Artists™ have, over the past four weeks, used the fresh produce of their stores, which would otherwise have gone to waste, to create platters and delivery boxes totalling over a quarter of a million Subs, for those in the local community most in need of the food.

Colin Hughes, Country Director for Subway® UK and Ireland, commented: “The response from our Franchise Owners during this extremely difficult time has been nothing but incredible. At a time when communities need to pull together and support each other more than ever, it is a credit to our Franchise Owners that they are doing just that by going above and beyond to look after our frontline health workers and society’s vulnerable people. There are far too many acts of uncompromising kindness for me to mention, but each and every one is hugely appreciated and as a brand, we couldn’t be prouder of our Franchise Owners and their teams.”

Over the coming weeks, many stores will be continuing to offer food donations via weekly food drops to local charities, organisations and NHS staff. Examples of donations from Subway® stores across the UK over the past three weeks include the following:

All 191 stores in the Greater Manchester/West Yorkshire region have donated the entirety of their fresh and chilled produce in the form of 10,000 Subs and salads, as well as boxes of food and milk to places closest to their stores.

Birmingham-based Franchise Owner, Aksar Khan, has been working tirelessly with his team to distribute over 55 platters and 30 Sub boxes to those who need the food the most in the local community.

Rachael King who owns a Subway® store in Wilmslow has been making Subs to help feed NHS workers in local ICU wards across Cheshire and Greater Manchester. Rachael was approached by the organisers of ‘The Big NHS Lunch Box’ to see if she would be willing to help make 6-inch Subs to deliver to the hard-working NHS teams and in just a few weeks delivered 9,000 lunches with the initiative raising £25,000.

Rachael commented: “This is a really excellent idea that we are delighted to support. Whilst we are not able to open our stores for normal service, we are very happy to donate our resources as a kitchen to prepare food for those working in the ICU wards, who are risking everything to save lives night and day. It’s the very least we could do to help support them and keep these heroes fed and we will keep this going throughout the crisis in support of the donations.”

Subway® stores across Bristol have donated hundreds of Subs to Empire Fighting Chance, a charity that works out of boxing gyms in deprived communities in Bristol, helping those excluded from school, involved in crime or dealing with mental health issues. Stores run by the Pasco Group, made-up of mother and son duo Sue and Ryan Pasco, have packed essential food parcels filled with meats, cheese, crisps, cookies and bottled drinks for Empire Fighting Chance to deliver to families in Bristol and the south west.

Franchise owners of two Subway® stores in Glasgow, the Alexandra Parade and Forge outlets have donated armfuls of sandwiches to staff working at the nearby Glasgow Royal Infirmary, using up leftover products when the stores were temporarily closed following the government’s advice.