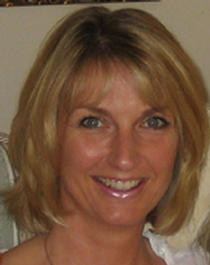 Nina Moran-Watson, franchise solicitor for Raring2go! has been appointed Legal Advisor to the Quality Standards Committee of the British Franchise Association.
At its last AGM in December 2009, the BFA announced a number of new Committees as a result of reorganisation recommended by the One Vision project, including one to control the BFA’s Quality Standards.
Ms Moran-Watson comments: “With the introduction of the new Quality Standards Committee, and the subsequent end of John Pratt’s highly-successful stint as the BFA’s Legal Advisor, the BFA took the decision to create an additional non-voting position on the Committee for a BFA-affiliated solicitor, so that it would continue to have the benefit of legal advice. The Chairman of the BFA, Mike Goddard, extended the invitation to me, and I was of course delighted to accept.”
Melvin Lusty, former Chairman of the BFA and current Chairman of the Quality Standards Committee, adds: “Nina has been affiliated to the BFA for many years and is well-known throughout the industry for her excellent work in and understanding of franchising. She was an ideal choice for this newly-created position, and we’re delighted to welcome her on board.”