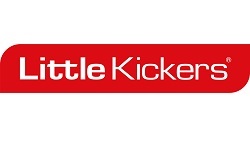 
A love of football led Joanne to Little Kickers - 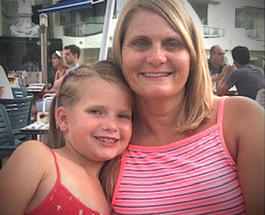 Following her redundancy as a National Sales Team Manager for a car hire company, Joanne started looking into the idea of franchising. Joanne has been with Little Kickers for over 10 years. She has grown into four separate geographical areas, has over 1,000 children enrolled, operates in schools, nurseries and employs 25 coaches.

"My Dad suggested that we looked at buying a franchise so we started to look into what was available through the Franchise Directory and when we saw that football franchises existed I was instantly interested. The reason was two-fold. I love football and my husband was already working in the sports sector delivering coaching to children, so we believed that would offer us some synergy and a head start.

We made contact with Little Kickers and expressed an interest. Once we signed a confidentiality agreement we went to visit some existing classes and did our due diligence. We met with a member of the Little Kickers Head office team for discussions and to sign contracts.

Once fully trained and operational, we got started and quickly realised that biggest hurdle was building the on the brand (Little Kickers is now so well known, anyone starting out now wouldn't need to think about this), but we had to go out and introduce this new company to the Newcastle area and generate interest in classes. Also, deciding where best to initially open venues and which age groups to introduce first was a big consideration. Then of course you need to try to recruit the right coaches at the same time as learning to teach the classes yourself.

Highlights were many, but initially it was filling up the first few venues/classes that we had opened and suddenly having a waiting list and hitting the first goal of 120, plus of course, paying myself for the first time.

I would recommend taking on a franchise with Little Kickers; it puts you in charge of your own career, you determine how successful you are. The more you put in the more you get out. It also allows a good work life balance.

The best tip that I can share is to build your business in little steps. Always have a plan but break it down into smaller targets.

The best tip that I can share is to build your business in little steps. Always have a plan but break it down into smaller targets. Once you meet one target then set another. That way you keep moving forward but it doesn’t become overwhelming. In hindsight, don’t know if I would do anything differently. You face challenges along the way but that is par for the course and I do not have any regrets over buying a Little Kickers Franchise."

And finally "The best thing about Little Kickers for me is seeing the enjoyment that the children get out of the classes week on week and when a parent says 'thank you' for the instrumental part that your classes have played in the development of their child.

content appened each time to the last CHILD element of it's container - which is the postswrapper. If the item divs are not in a container then the HTML will dispay but it won't show in the source as its not appended to a specific part of the DOM, but the DOM as a whole.