Why franchisors value franchisees with a background in the forces

Having spent a significant part of their life serving their country, being in the forces becomes a way of life for most. And so, whilst it's exciting, the transition to civilian life can also be daunting for many as they do not have a clear idea about what they want to do next with their career.

With the MoD continuing to reduce the Armed Forces workforce, there is a growing number of Ex-forces personnel looking at alternative career options. Franchising, with its tried and tested systems, and the ability to do something you have no previous experience in, has therefore become a very popular choice for many ex-forces personnel considering self-employment.

Franchisees with a background in the forces possess skills such as decision-making, leadership, self-discipline and self-motivation; key qualities that franchisors look for when recruiting franchisees. The ability to also follow someone else's system whilst working together as part of a team, makes franchisees with a military background highly desirable candidates for franchising.

In this site we look at why franchising is such a popular choice for those with a military background and we hear from some of these franchisees on why they choose franchising and why they are successful at what they do.

Pathfinder magazine is distributed by the MoD to personnel leaving the Armed Forces each and every month and is a vital source of information for resettling servicemen and women. Franchising has proven to be a consistently popular career option among resettling military personnel and franchisors are big fans of Pathfinder's readership.

whichfranchise has a panel of experts on hand to answer any questions you may have relating to buying a franchise. These experts cover franchise funding, legal advice and general franchise queries. Post your question to our experts

These inspiring case studies highlight why franchising is a popular choice for those with a military background.

Interview: 'Transferable skills learned in the military have opened new doors for me! 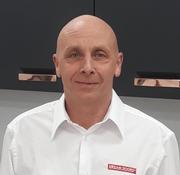 After 30 years of service in the Marines, reaching the rank of Lieutenant Colonel, David âSharkyâ Ward OBE swapped conflict zones in Europe and the Middle East for a Dream Doors kitchen showroom in the West Country.

Using transferable skills learned in the military such as project management and the ability to organise people have been a great benefit to David as he setup his franchise business. Learn more about how a career in the military provided David with useful skills for his Dream Doors franchise. 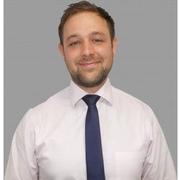 James Coulman left his role as a Forces Engineer and Officer in the RAF after 6 years' service and is now an Aspray franchisee. James talks about how the qualities and skills learned in the Armed Forces are also important in the role of a franchisee.

Having to adapt and think quickly are key in the in the property claims and loss assessors market, and the skills James developed in the RAF can be applied here. Discover how James still uses experiences from his time serving in the RAF while working on his Aspray franchise.

If you are interested in buying a franchise, then why not consider buying a franchise resale. The majority of these franchise opportunities have been trading for a significant period of time and are now up for sale by their current owner due to them looking to retire, or sell on a successful business to start another venture or relocate etc.

Click here to find franchises for sale in your area